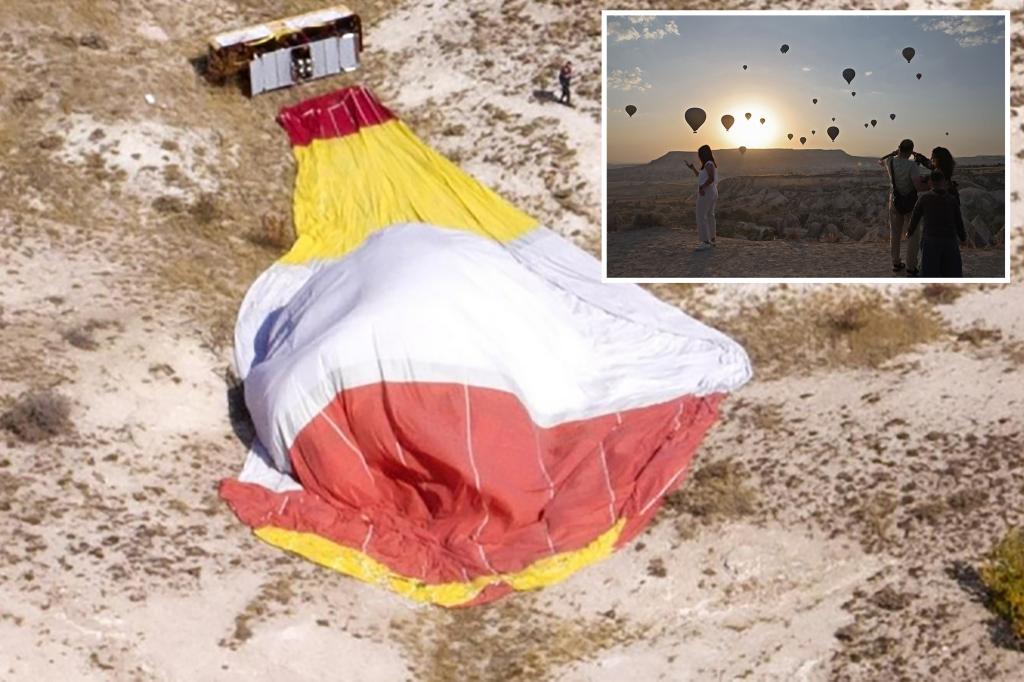 Two Spanish tourists were killed and three others injured on Tuesday when a hot air balloon carrying 30 people made a hard landing during a sightseeing tour of volcanic rock formations in central Turkey, officials said.

The accident happened in the Turkish region of Cappadocia, in the province of Nevsehir, where balloons fly above picturesque canyons and volcanic cones.

The Nevsehir governor’s office said in a statement that the ill-fated balloon took off from the ruins of Zelve in Avanos district at sunrise.

According to the statement, the accident was caused by an unexpected increase in wind speed, according to initial assessments.

There were 28 tourists and two crew members aboard the balloon. The injured victims were taken to area hospitals to be treated for non-life-threatening injuries, the governor’s office said.

The deceased Spanish nationals were not named on Wednesday.

Administrative and judicial inquiries have been opened to shed light on this fatal accident.

The region of Cappadocia, designated a UNESCO World Heritage Site, located about 300 km south of the capital, Ankara, is popular with tourists for its rock formations of “fairy chimneys”, its underground cities and its churches dug into the mountainside.

The region attracts millions of visitors from all over the world each year, and hot air balloon rides are among the most popular activities.

In 2013, three Brazilian tourists died and 22 others were injured after two hot air balloons collided in the skies of Cappadocia.

In 2017, a French diplomat stationed in Turkey died in a hot air balloon accident that reportedly resulted from a fight between the pilot and a passenger.