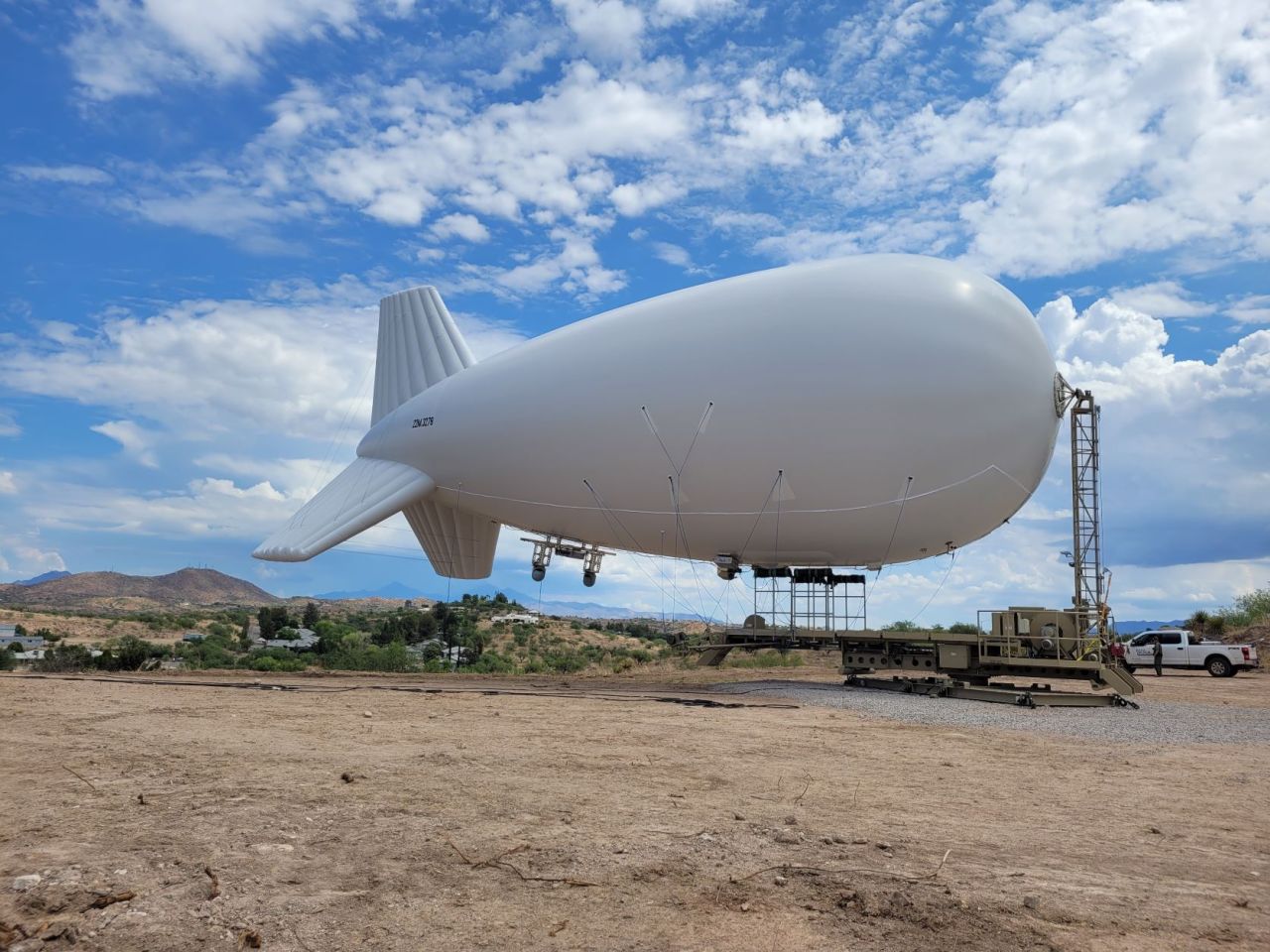 Installation began late last month a mile north of the border wall. The 72-foot-long (22-meter) balloon is filled with helium and attached to a 7.5-ton docking platform. It has day and night vision cameras for low-level surveillance, although the airship can soar 3,000 feet above the ground if necessary.

“Flying at this altitude allows Border Patrol agents to maintain visual awareness of border activity for longer periods of time,” CBP said in a statement announcing the deployment. The aircraft will be focused on strategic areas near the international border, CBP said in response to privacy concerns from some Nogales residents, who were reported by local media.

The federal government has used aerostatic surveillance balloons on the southwest border since 2013. Seventeen systems are deployed across the border, but this will be the first in eastern Arizona (the Tucson area). A second balloon is expected to be deployed near Sasabe, Ariz., later this year, CBP said.

Since October 1, officers in the Tucson sector have encountered 173,829 unauthorized migrants, returning 138,602 to Mexico immediately under Authority of Title 42. The rest was handled in country under Title 8.

Visit BorderReport.com for the latest exclusive stories and breaking news on issues along the U.S.-Mexico border

In eastern Arizona, irregular migration is overwhelmingly Mexican, with 124,287 citizens of that country crossing the border this fiscal year, followed by 31,223 Guatemalans. Six out of seven migrants apprehended were single adults, according to CBP statistics.

The sector extends to Sonora, Mexico, a state where US authorities told Border Report that the Sinaloa cartel dominates both drug trafficking and migrant smuggling.