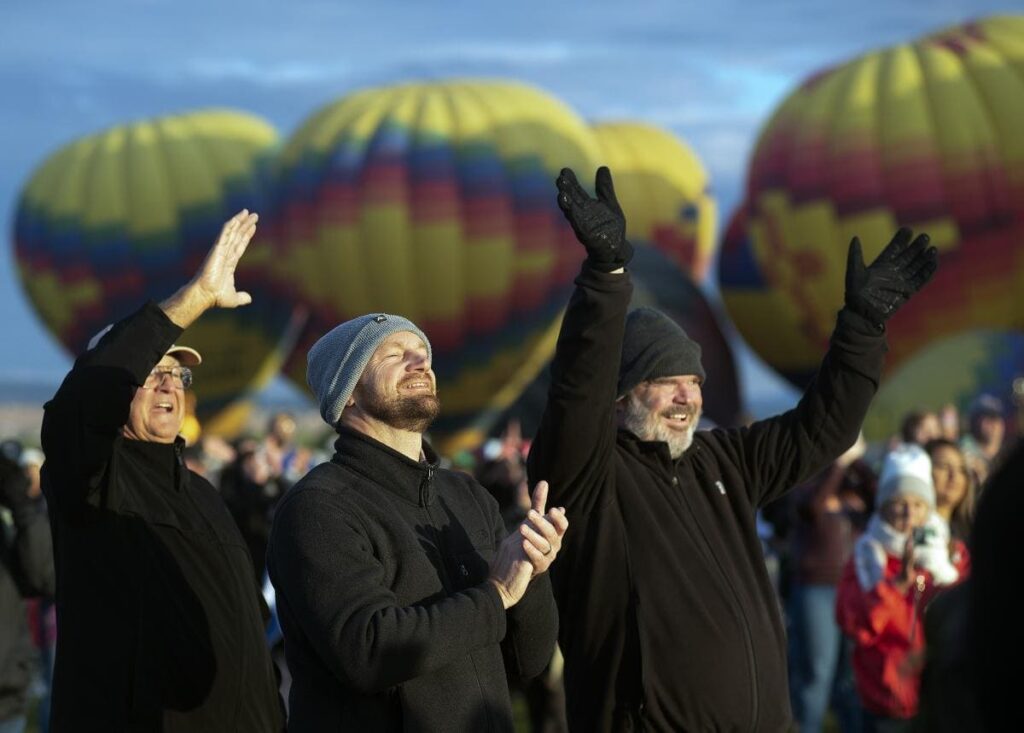 Balloon Fiesta: And That’s It, Friends

After nine tumultuous days that included two shelter-in-place due to weather, a community-wide effort to air soaked balloons, two minor balloon crashes, and a mad dash to locate a giant stolen bee, the balloons have took to the skies Sunday morning to put an exclamation mark on the 50th Albuquerque International Balloon Fiesta.

Although the weather wasn’t great, the 50th anniversary event at least stayed true to its theme. Balloon events were 50-50 in 2022. Of the 14 balloon-related events scheduled for this year, seven went ahead as planned and seven were scrapped due to weather conditions.

“Basically we were 50-50, half of our events went and the other half didn’t,” said Tom Garrity, a spokesman for the fiesta.

Garrity said exact attendance numbers won’t be announced for some time. But he said the event was very crowded, especially during the first weekend.

There were ups and downs throughout this year’s fiesta.

On Friday morning, a woman and child were taken to hospital after two separate crashes on Albuquerque’s West Side. Both were lightly injured, police said.

That night and Saturday evening, party officials advised those in attendance to seek immediate shelter due to the dangerous weather conditions.

On Saturday, about 50 balloons had to be dried at several large facilities in Rio Rancho and Albuquerque.

But the weather broke and people across the country watched the sky from the infield Sunday morning. Hundreds of balloons were able to take off after a slight wind delay.

“It turned out to be a great day for flying and a great day at Balloon Fiesta Park,” Garrity said.

Fiesta organizers said they would release details of next year’s party in the coming weeks. however, dates for next year’s event are published October 7-15, 2023 on the event website.

“To our pilots, sponsors, volunteers and staff – we couldn’t have done this without you,” the organizers wrote on Facebook. “We look forward to another 50 years!”