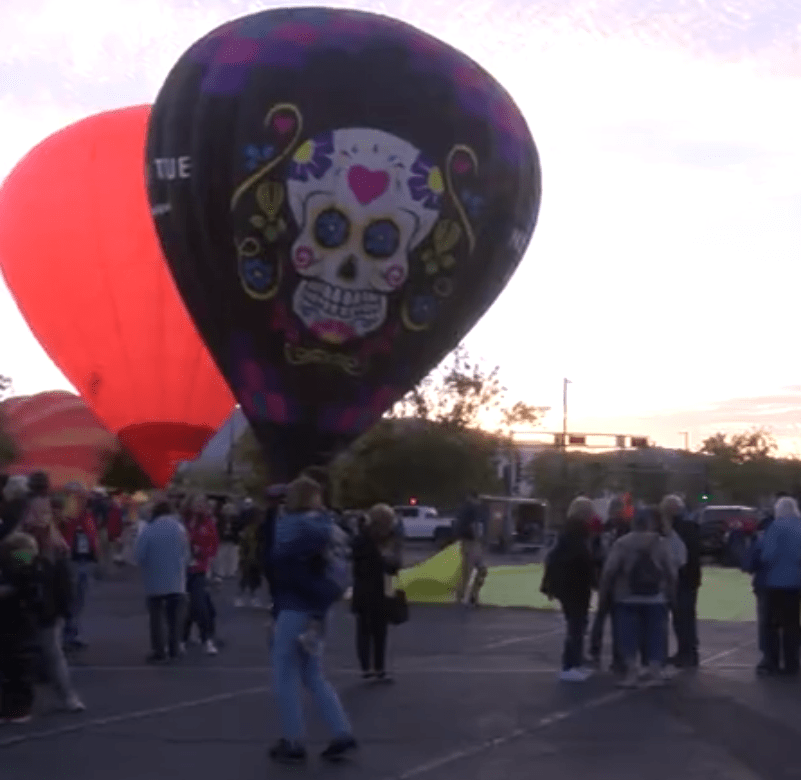 ALBUQUERQUE, NM (KRQE) — Saturday morning marks the start of the 50th annual Albuquerque International Balloon Fiesta, but early organizers wanted to commemorate how it all began. Friday morning Balloon Fiesta hosted a special 50th anniversary event at the Coronado Center in Albuquerque. Relatives and representatives of Fiesta’s 13 founding pilots took part in a reenactment of the original Balloon Fiesta flight.

Balloon Fiesta 2022: what you need to know

Fifty years ago, in 1972, 13 hot air balloon pilots launched into the sky from the Coronado Center unaware of the impact they would have. “If you remember, here where we’re sitting was the Sears Fountain,” said Randy Sanchez, general manager of the Coronado Center.

Today, the event is recognized worldwide. Last year alone, 600 hot air balloons took off, bringing millions of visitors to Albuquerque over the years. “I don’t know if any of you actually had any idea what would happen to what you started,” Albuquerque Mayor Tim Keller said.

Before the crowds hit the field, organizers wanted to mark the special occasion and remember the 13 pilots who made it all possible and where it all started at Coronado Center. “No one had ever seen a gathering of balloons like this and it was very special,” said Steve McKee, representing his father Dick McKee, KOB-AM’s general manager in 1972.

For the 50th anniversary, they had three of the original thirteen pilots in attendance. “Lucky to be able to rethink this far,” said Denny Floden, an original Fiesta rider. “It brings people together, pardon the pun, but it’s very uplifting and the people of Albuquerque have responded so graciously.”

On Friday morning, the balloons took off without a hitch, kicking off what should be a successful Fiesta year. Build community and visitor excitement for what’s to come over the next nine days.