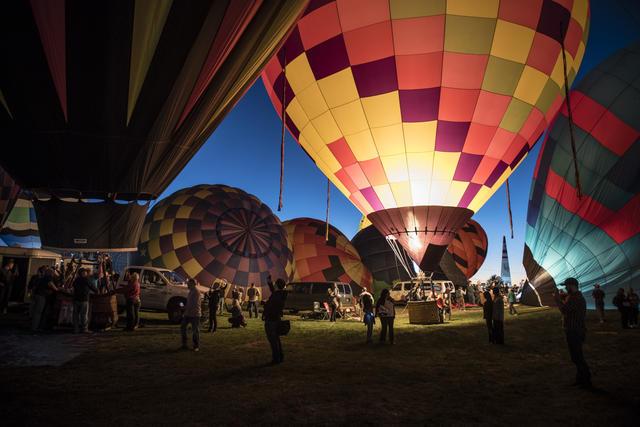 Albuquerque – The Albuquerque International Balloon Fiesta took shape with an inaugural launch of 13 balloons 50 years ago.

On Friday, September 30, Balloon Fiesta will host a re-enactment of the first flight launched from the Coronado Center at 6600 Menaul Blvd NE, Albuquerque.

The reenactment will kick off the festivities of the 50e event and commemorate the original 13 balloons and the people who helped make this April 8, 1972 launch possible. It all started as a 50e anniversary celebration of KOB Radio (now known as Newsradio KKOB.)

The 1972 event, held at the Coronado Center and labeled as the “First Annual KOB International Radio and Television Balloon Festival”, is now considered the first flight of Balloon Fiesta. The idea was started by three Albuquerque residents. Balloonist Sid Cutter brainstormed the idea with KOB Radio general manager Dick McKee and Tom Rutherford, who was an announcer at the station.

Commemorative event banners will be unfurled from each of the 13 gondolas, each honoring the original balloons and pilots, including:

* Participation in the event

A number of people helped make this first flight possible and helped make Albuquerque the balloon capital of the world. Balloon Fiesta invited these influencers to represent some of the founders of Balloon Fiesta:

The event coincides with Albuquerque Aloft, the community launch of Balloon Fiesta at local elementary schools on Sept. 30 around 7 a.m.

The Albuquerque International Balloon Fiesta, powered by ExxonMobil, is a hot air balloon festival that takes place in October. It is the largest gathering of hot air balloons and balloonists in the world. The 2019 event generated $186.82 million in the economies of Albuquerque and the state of New Mexico. For details on events, schedule, entertainment and photos, visit the website www.balloonfiesta.com and follow on Twitter @BalloonFiesta and Facebook.