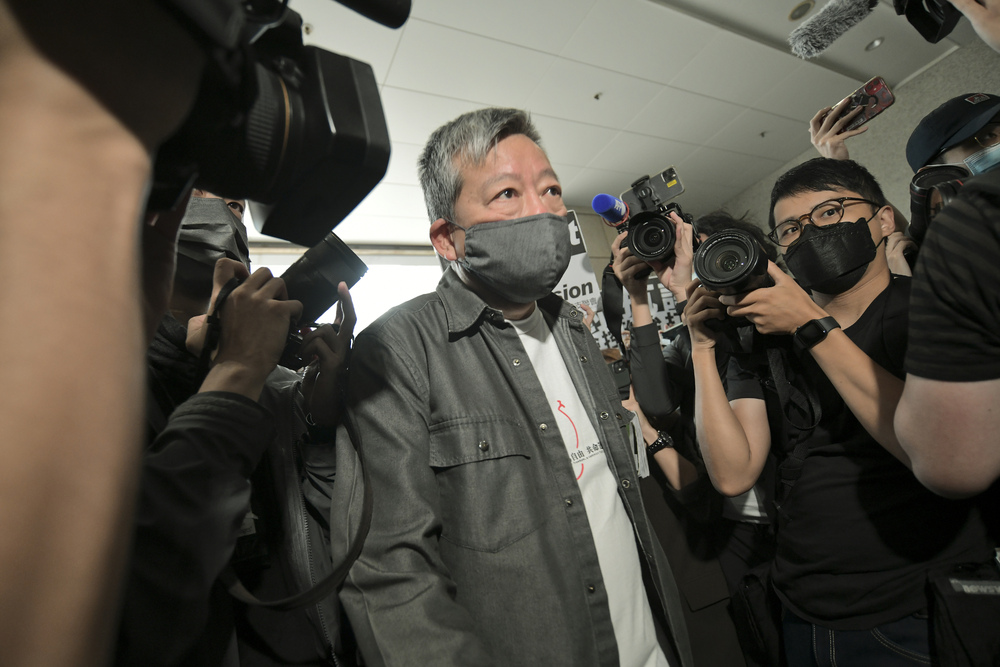 Jailed pro-democracy activist Lee Cheuk-yan was jailed for an additional three weeks yesterday and fined HK$3,500 for releasing a hydrogen balloon with the words “Free Political Prisoners” into controlled airspace in above the Admiralty and obstructing police on New Years Day in 2021.

The 65-year-old former leader of the Hong Kong Alliance in Support of China’s Patriotic Democratic Movements is serving a 20-month sentence for organizing and participating in multiple illegal and unauthorized gatherings, including the vigil of the June 4 in 2020.

He had pleaded not guilty to flying a balloon over two meters in controlled airspace and obstructing a public officer on Legislative Council Road in Admiralty on January 1, 2021.

Eastern Magistrate Jacky Ip Kai-leung sentenced Lee on both counts. Ip fined Lee HK$3,500 for the ballooning charge and sentenced him to three weeks in prison for obstructing the police.

One week of the mandate will run at the same time as his current mandate, it is therefore extended by fifteen days.

Former “The Bull” district councilor Tsang Kin-shing had pleaded guilty to the ballooning charge and was fined HK$2,500.

The prosecution said as soon as the balloon left the ground it could be considered flying and was already an aviation violation even though Lee was still holding a wire attached to it.