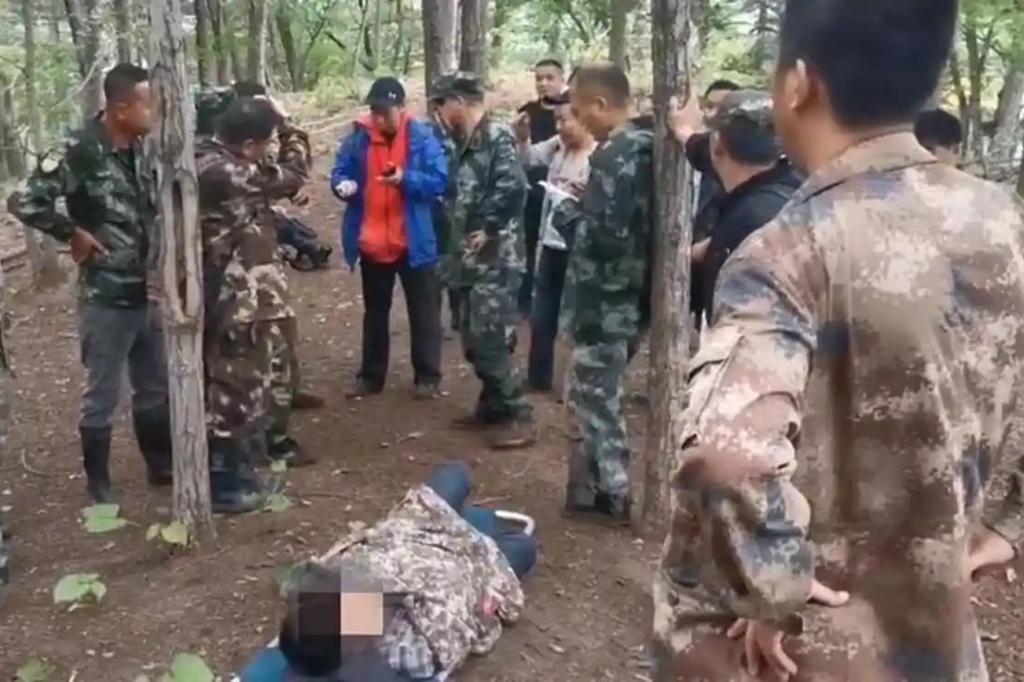 Chinese state media say a man was found to safety after spending two days in the air in a hydrogen balloon, traveling around 200 miles, after it broke loose and flew away then that he was using it to harvest pine nuts from a tree.

The man, identified only by his surname, Hu, and a partner were picking pine nuts in a forest park in northeast China’s Heilongjiang province on Sunday when they lost control and the ball flew away.

The other person jumped to the ground and a search was initiated for the loose ball and Hu.

State broadcaster CCTV said rescuers were able to contact the man by mobile phone the next morning and asked him to slowly deflate the balloon to land safely. It took another day before it reached the ground about 320 kilometers (200 miles) to the northeast in the Fangzheng region, near the border with Russia.

Hu was in good health except for pain in his lower back, possibly from standing the whole time he was in the air, CCTV said.

An official who gave only his last name, Fu, to the Hailin Forestry Administration Co.’s publicity department confirmed the balloon incident on Thursday and described Hu as being in his 40s. He said Hu was recovering in a hospital but declined to give further details.

Pine nuts are found inside pine cones and are a frequent ingredient in dishes served in the northeast, formerly known as Manchuria.