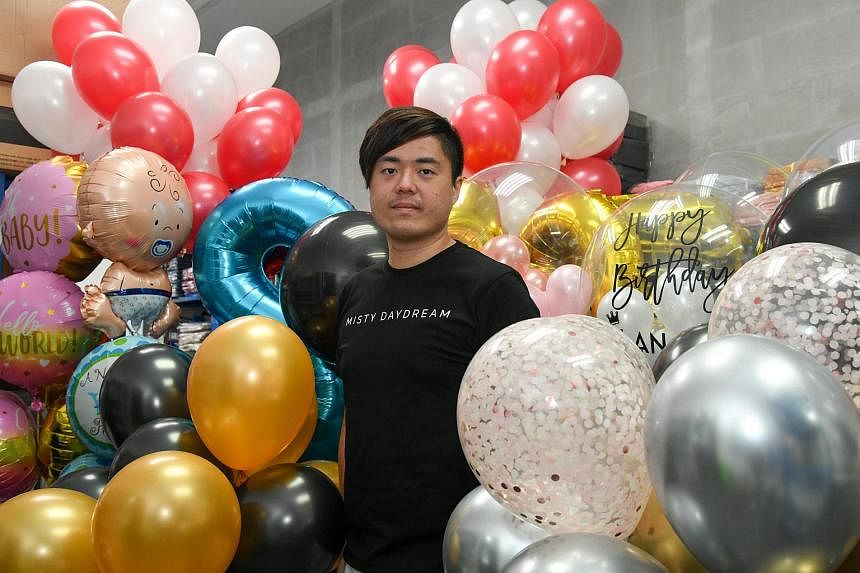 In an interview with the Straits Times last week, Mr. Jacob Tan, owner of local party supply and decorations store Misty Daydream, said that a 47-litre helium tank that cost around $120 at the start of last year has now reached around 360 dollars.

Requiring around 10 such tanks a week to pump and sell around 5,000 balloons, Tan said he was concerned about the rising price of helium, especially after it recently rose exponentially.

The 33-year-old added: “I asked a supplier who told me Singapore’s helium comes from Russia but due to the war between Russia and Ukraine they import it now from the United States, which is why there has been this (sharp and recent) increase in prices.

“Although we have not yet increased the cost of our balloons, we may need to do so soon as the profit margin may not be there to support our business.”

All five companies ST spoke to said there had been a significant increase in the price of helium.

Mr. Kyle Geronimo, Director of Operations at Starships Balloons, said: “Our business is fundamentally about balloons. Staff are worried because it’s their livelihood. But it’s like every other situation where other businesses are facing, and we are trying to find alternatives to cover the loss.”

Mr Geronimo, 26, said the business was looking to branch out into other party supplies and fresh flowers, a move partly prompted by helium shortages.

He is also considering pushing helium-free balloons such as those filled with air, which is also an option being explored by Mr. Rayner Tan, 34, of online balloon shop BoBoChaCha.

Mr. Rayner Tan said: “These air-filled balloons can’t float, so you have to find ways to make it more fancy. For example, flower balloons that don’t float can always be bought as a recovery gift. . or for a birthday or Valentine’s Day.”

But BoBoChaCha’s main business comes from helium balloons and he is monitoring the situation closely, and hopes not to raise the price.

“The balloon market is very competitive and consumers are very price sensitive,” he said.

Earlier this month, the AFP news agency reported that the helium supply chain had been disrupted by plant closures in Texas for safety reasons, in Qatar for maintenance and in Russia. after a fire that took place before the war in Ukraine.

The report says only a handful of countries – led by the United States – produce the gas, which is also liquefied to cool magnetic resonance imaging scanners and also used in semiconductor manufacturing.