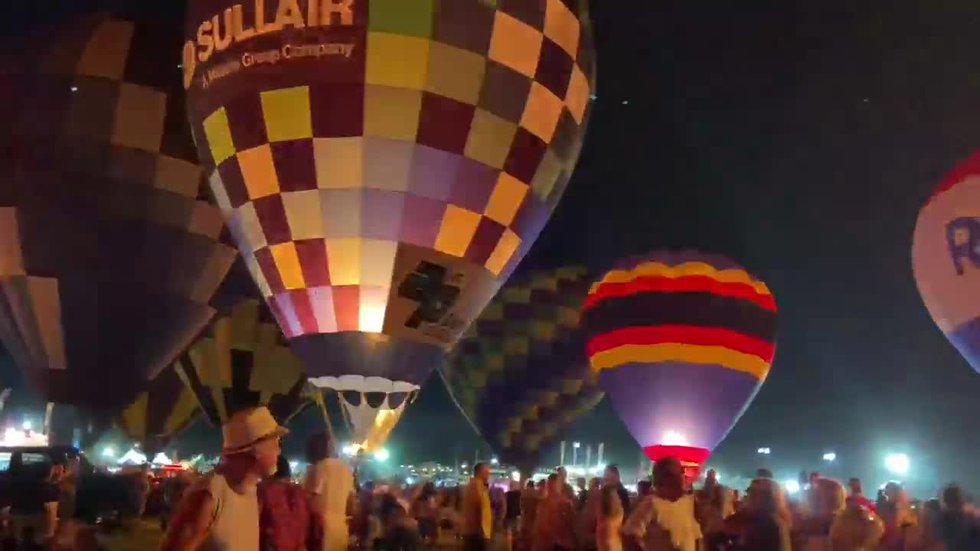 LONGVIEW, Texas (KLTV) – It’s over. The pilots packed up their balloons and headed home. And the president of this year’s Great Texas Balloon Race said there were a few issues with this year’s race, but they were all pretty minor.

It was the first time the Great Texas Balloon Race had been held within Longview city limits in about three decades, but GTBR President Michelle Ford said setup and teardown at the Longview Convention Complex was easier than at the regional airport. And some issues were resolved over the weekend.

“I think we had a little traffic problem at the end of the event. And we readjusted for Saturday night and when I turned around Saturday night everyone was gone in no time,” Ford said.

A fast-moving storm on Saturday night put a damper on balloon glow and the pilots canceled due to the wind.

“It was going to be too dangerous for our pilots and crew to shine the light that night,” Ford said.

But all went well Friday night as balloons lit up the night. Although the balloons were supposed to vibrate to the rhythm of the music like in 2019, but there was a problem.

“So we were hoping we could do it. We had a problem. I think it was with the radios or the way they communicate with the riders, and so we’re going to be working to fix that and it’s going to be something the crowd can look forward to in 2023,” Ford said.

The MC took control, and most didn’t notice since the balloons were indeed glowing. Then Saturday night:

It wasn’t really a problem, but another thing they noticed was that there was a lot of extra space where the vendors were set up.

“Hopefully in the future we can have more food vendors, additional arts and crafts vendors and commercial vendors and maybe the children’s land can grow,” Ford said. .

Well, they had to have one under their belt at the resort.

“This is the first year and a huge change in our event,” Ford said.

But the feedback Michelle has received has been almost all positive and it also looks like a complex launch for next year.

Ford also says many hotels and restaurants in Longview have benefited from the influx of pilots, crews and visitors coming to town for the Great Texas Balloon Race.