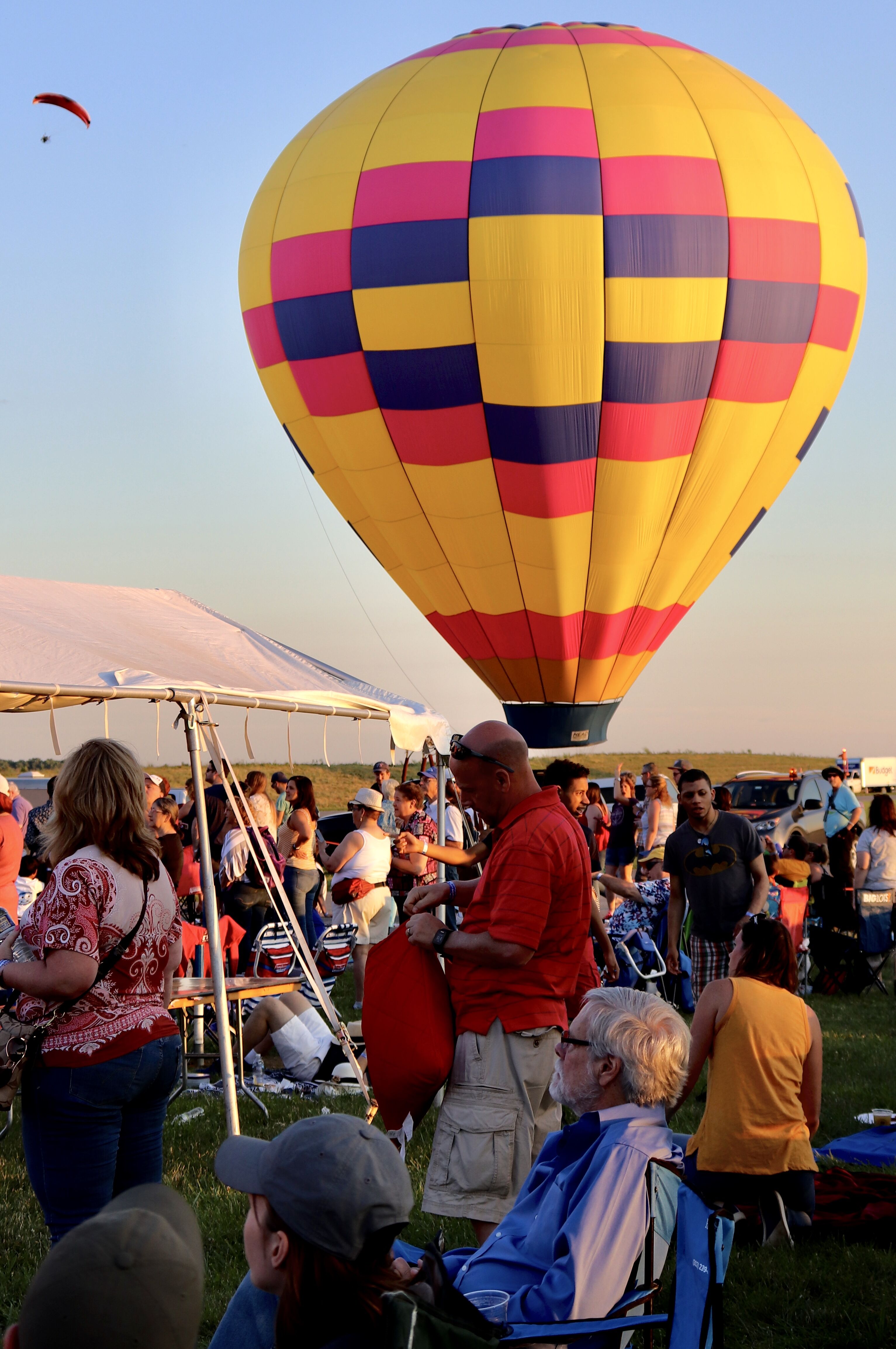 Organizers of the 14th annual Chester County Hot Air Balloon Festival will return to supervisors in East Marlborough next month to seek approval to hold the festival in September.

Festival executive director Debbie Harding and event organizer Rick Schimpf appeared at the township supervisors’ remote meeting on March 1. because before they issue any approval.

Conditional approval has been discussed as an option for the festival, which is proposed for the Willowdale Steeplechase grounds at Routes 926 and 82. But Supervisors Chairman Robert McKinstry summed up the concerns, saying: “Supervisors are concerned about a conditional approval where the conditions cover most of the approval.

Supervisors said they had no problem with the date, which is proposed September 10-12 at the Willowdale property. One of the areas of concern was coverage for fire and emergency medical services, as the festival is offered the same weekend as the Mushroom Festival in Kennett Square Borough, Chadds Ford Days in Delaware County and the anniversary of September 11. Another question was whether President Joe Biden would be at his Delaware residence this weekend, which would require Secret Service involvement and also result in temporary air traffic restrictions that could impact balloon flights. .

“Our current president resides within a 30-mile air traffic restriction, into which balloons would fall,” Schimpf said.

The hot air balloon festival was canceled last year due to COVID-19. Instead of holding the festival in its traditional month of June, the organizers are proposing to move the event to September due to COVID.

“The biggest thing is to hope that COVID will be a little less prevalent as it is, and we can start to get back to normal life, which is Chester County Balloon Festival’s biggest concern,” Schimpf said. “Our festival may be postponed again if we have a COVID flare-up.”

The tickets would allow festival visitors only on certain days, for example with entry only on Friday, Saturday or Sunday, according to Schimpf. The fireworks would only take place one night and fewer food trucks would be allowed for the event.

Hours would also be reduced; for example, opening night would be 4:30 p.m. to 9 p.m., instead of 3 p.m. to 9 p.m. as originally envisioned for June, and Saturday and Sunday hours would be about six hours shorter.

“By reducing the duration of the event, we hope the event will be less taxing and stressful on our resources,” according to the outdoor activity permit application.

Schimpf said they have also been in contact with a COVID counselor and attendees will be required to wear masks.

Organizers are yet to firm up traffic control plans with township police and Po-Mar-Lin Fire Company, and medical services with Longwood Fire Company or another vendor, depending on the application, among others.

McKinstry said its lean would be for organizers to work through fire and EMS, policing, traffic control and COVID restrictions before East Marlborough issues final approval.

More information about the hot air balloon festival can be found at ccballoonfest.com.

The township solicitor is currently reviewing an application which would seek proposals from accountants to carry out the 2021 audit for East Marlborough. No decision on the RFP was made at the March 1 meeting.

If approved by the supervisors, the tender will request proposals for professional auditing services starting January 1, 2022 to provide, among other things, audit of the general funds, sewers and liquid fuels of the l State of East Marlborough, as well as the Unionville Community Park Fund. .

According to Township Manager Neil Lovekin, the timeline could include sending out the request for proposals by May 10, accepting proposals until June 10, opening bids on June 11 and making a decision by supervisors before July 12.

At their February meeting, the supervisors approved a resolution appointing Barbican Thornton to perform the 2020 audit.

Supervisors held an executive session before the March 1 meeting to discuss personnel and real estate, according to McKinstry.

Supervisors have approved a request from The Lights Festival to hold a two-day event in the township on April 23-24. The festival will take place at Plantation Field from 4-10 p.m. each day. The lanterns that will be launched into the air are made of bamboo and are “100% safe for the environment”, according to organizer Collin Maki. For more information about the festival, visit thelightsfest.com.

2021-03-08
Previous Post: The 45th Snowmass Balloon Festival 2020 is held with the modification COVID-19
Next Post: NJ’s giant hot air balloon festival is set to return to the skies this summer