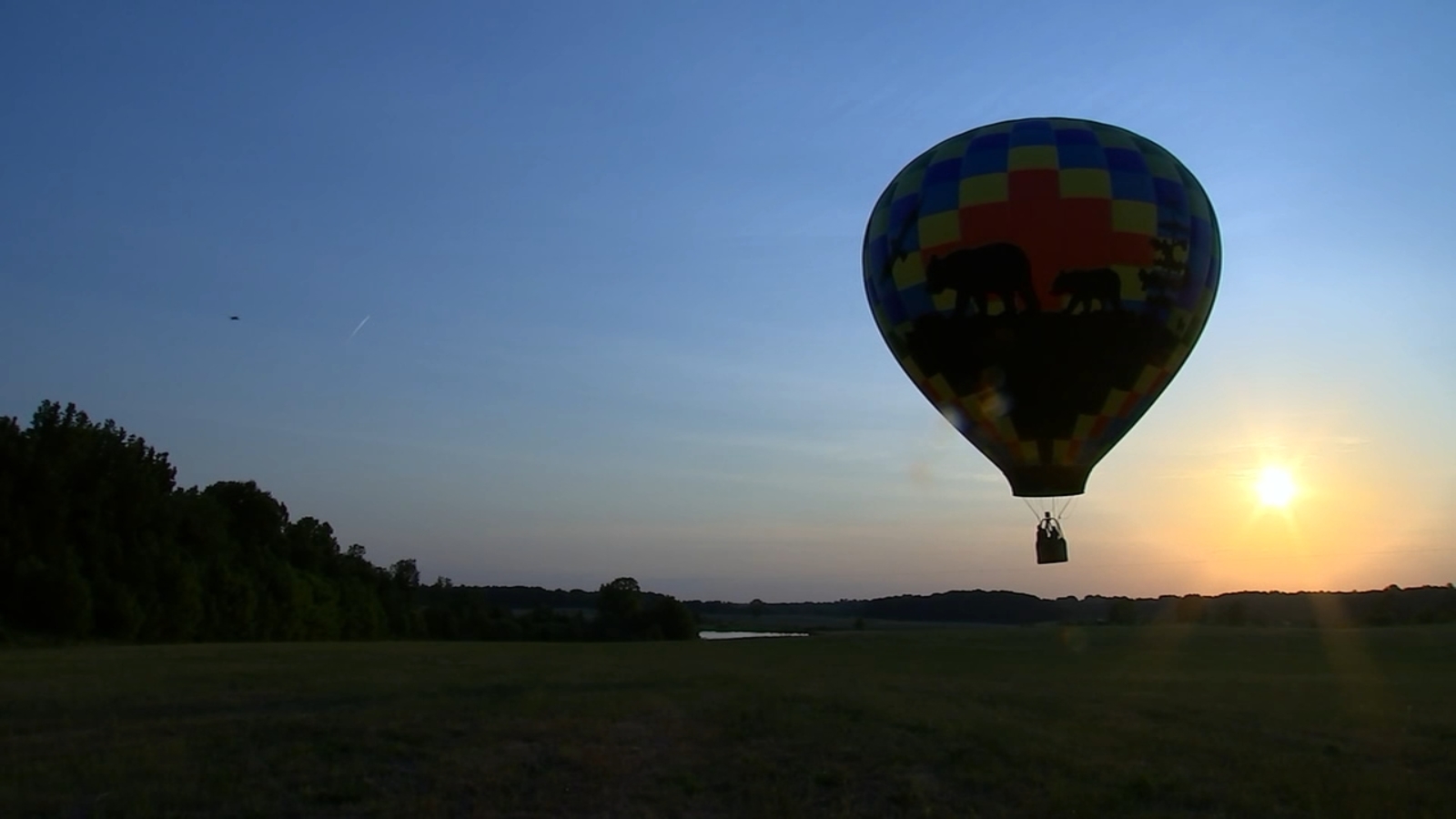 By: Ruth K. Reed
In: Balloon festival
LOUISBURG, NC (WTVD) — Over the three-day Memorial Day weekend, the First Fruits Farm Balloon Festival will soar above a thousand-acre farm in Louisburg.

The festival will serve to honor the dead and is personal to the owner of the farm, former NFL player Jason Brown.

Brown comes from a Gold Star family that lost his brother, Lunsford, in a mortar attack while serving as an Army intelligence officer in Afghanistan in 2003.

“His service has deeply convinced me of what more I can do to make a difference and give back,” Brown said. “And I just want to honor his memory and his legacy, and definitely honor everyone else for all the Gold Star families.”

Brown is a former NFL lineman who signed a $37.5 million contract when he was 26 years old. He says he felt called to live a life of service after his lucrative career as a professional footballer.

Brown has returned to his North Carolina roots, becoming a farmer who helps feed the hungry and now uses his land as a place to remember those who have made the ultimate sacrifice.

“There are dark times, of course, we’re going to have the field of flags, you know, times when we can just sit back and be at peace and calm and reflect,” Brown said. “But also, you know, to celebrate life, to celebrate the freedoms that they fought for and that we can have right now.”

Tickets are available for the three-day festival. Admission is free on Monday, Memorial Day, 10 a.m. to 2 p.m.

Brown said they are still looking for volunteers for the inaugural event.

“We have one of the nicest parts of our farm, and I’ve always called it the park area,” Brown said. “And, one thing that I always knew I was going to do is dedicate this area of ​​the park, in honor of Lunsford, as a memorial. So it’s going to be called the Lunsford Bernard Brown II Memorial Park. And, I gotta tell you what, a festival like this would be right up her alley.”