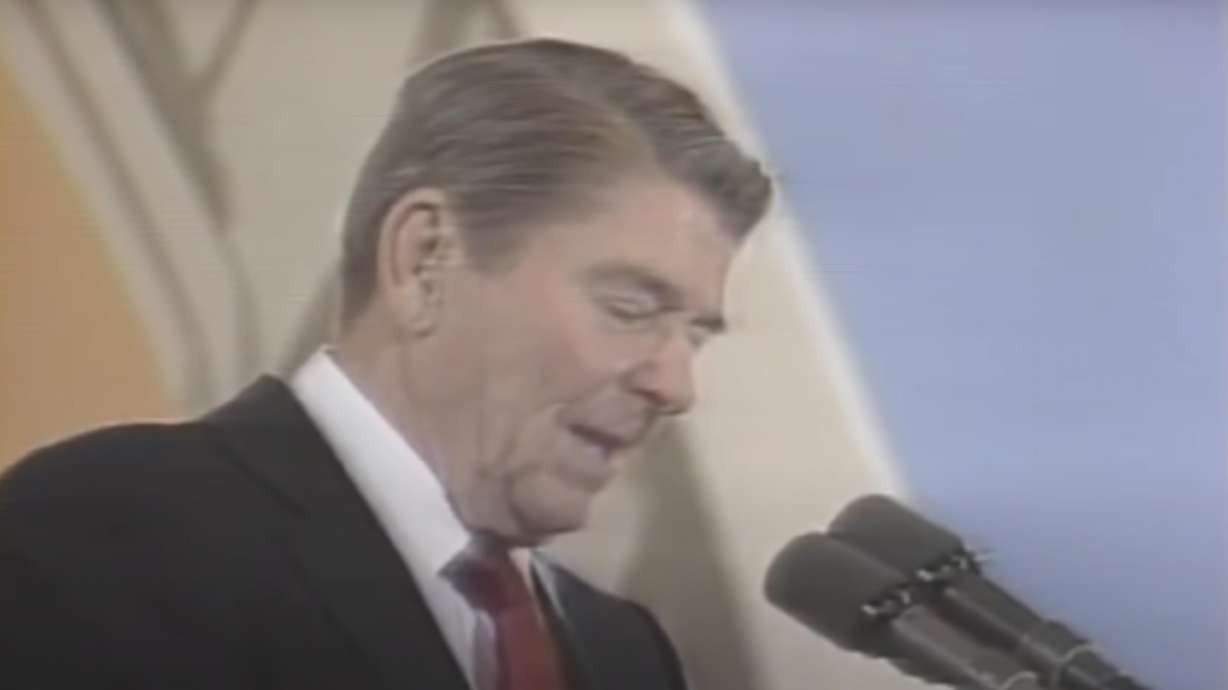 Have you seen this? A look back at Reagan’s perfect balloon-burst response

President Ronald Reagan addresses a crowd in West Berlin, two years before the fall of the Berlin Wall in 1987. (Arterton via Youtube)

WEST BERLIN – History matters for a variety of serious reasons, so sometimes the hilarious stuff gets overlooked.

Most of the hilarious moments and soundbites in history are forgotten because they tend to be generational, requiring the specific context of a specific culture at a specific time to be funny.

An unfunny moment in history was the attempted assassination of then-President Ronald Reagan in 1981. Two months into his term, he was shot and wounded by John Hinckley, Jr. in Washington, DC.

Fast forward to 1987 and Reagan addresses a crowd in West Berlin, two years before the fall of the Berlin Wall. At many political events and gatherings, regardless of the country, festive balloons are part of the decoration.

Well, the balloons burst. And a popping balloon can look like a gunshot. And if you’ve ever been shot, the sound of a balloon popping can be traumatic. Not so much for Reagan.

Without being surprised or even looking up, Reagan delivers a line that will have you laughing out loud 35 years later.

No, I won’t tell you what it is; you will need to watch the 31 second video. But, the crowd goes wild, indeed.

Martha Ostergar is a writer who revels in the ridiculousness the internet offers, which means she’s more than grateful to be able to scour the web for amazing videos to write about.