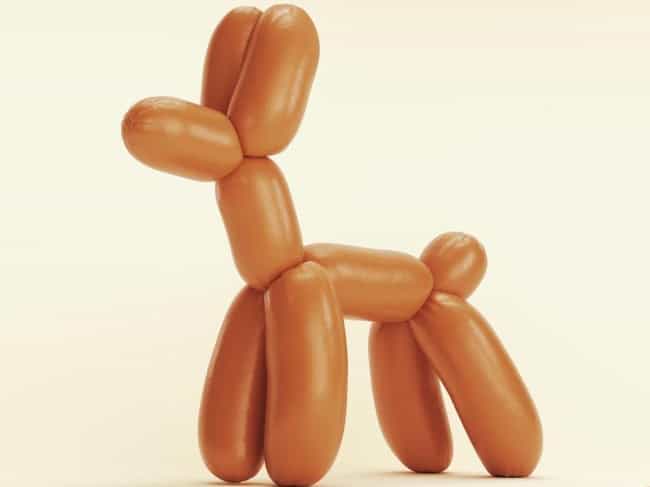 Charcuterie brand supported by Nestlé Herta has developed a new plant-based approach for its new range of vegan sausages for children. Herta, one of France’s leading meat brands, introduced the plant-based version of its Knacki sausages as balloon animals.

Citing brand research that 77% of children under 10 are hesitant to vary their diet, Herta launched the new plant-based Knacki range along with the eye-catching sausage balloon animal campaign. Despite claiming to be the number one charcuterie brand in France, Herta has declared its commitment to plant-based education for future generations and the adoption of a greener diet.

In the form of a dog, giraffe, butterfly and octopus, the campaign is meant to be a fun, kid-friendly message to promote plant-based Knacki. The campaign is broadcast on social networks, DOOH, and in the press.

Nestlé previously sold a 60% stake in Herta to Casa Tarradellas to focus on its plant-based offerings, including Herta’s Le Bon Végétal brand, which reportedly holds 54% of the plant-based alternatives market in the world. ‘factory. supermarket catering department.

“The balloon animals were brought to life through 3D modelling. The visual rendering had to represent both the shape of the balloons and the texture of the famous Knacki. Particular care has been taken with the different character traits and the choice of body postures, to give each animal a fun personality,” explains PR agency Ogilvy Paris.