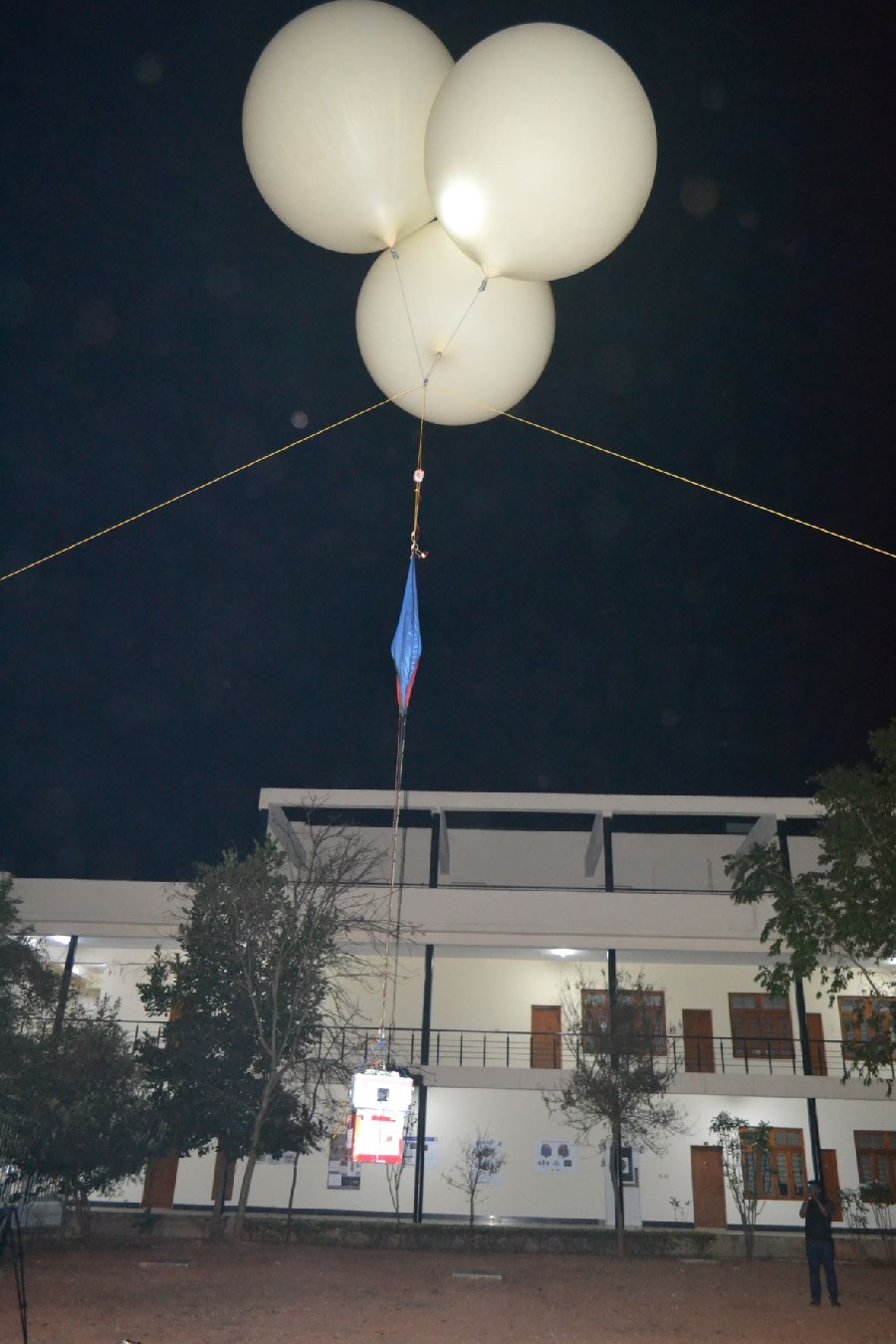 Chaman Bhartiya School (CBS), a digitally equipped K-12 school based on the “We Lead” program located in the city of Bhartiya, North Bengaluru, launched a high-altitude balloon satellite at 3:45 a.m. at the Center Research and Education in Science and Technology (CREST) ​​campus of Indian Institute of Astrophysics located in Hoskote to commemorate National Science Day in memory of CV Raman. Students were briefed on the payload on Friday, during class time, and spent 33 sessions to complete the payload. They built the entire payload in-house with the support of teachers specializing in space education.

The students learned the basics of electronics, physics, mathematics and space education to be able to understand the whole process of the project. The objective behind the launch is to build a scientific payload capable of collecting pollution and radiation data via sensors and cameras and sending a biological experiment into near space (25-30 km). This space program is designed to facilitate the development of leadership skills such as problem solving and collaboration.

The balloon passed through the troposphere layer of the Earth’s atmosphere, and the flight time was four hours. The payload measured the pollution level and background radiation during the flight and recorded them for later study. The technical team tracked the balloon using GPS trackers, and it was estimated that the payload had crossed the troposphere and descended on Lake Narsapura, then headed towards Kolar.

Speaking about the launch, Allan Andersen, Principal of Chaman Bhartiya School, said, “An event like this inspires children to pursue ambitious projects at school. This experience gives us insight into how our students perceive learning and what more we can do to make learning fun and meaningful at the same time. We are introducing projects such as Space Education for students from Class I as part of our Creativity and Innovation Center next year. We believe in fueling the minds of our young learners with the right tools and resources to enable them to become the leader they want to be,” he says.

Our learners realized that balloons are launched for a variety of purposes – such as studying the weather, the concentration of different oxides in the atmosphere, aerosols, moisture content, how the temperature changes with different altitudes, etc. With such milestones, we hope to spark learners’ curiosity and interest in science and space.

Ranjini Sridhar, IT Manager, says, “Space education is embedded in our curriculum. Through such programs, we seek to bring joy to the process of learning subjects such as science. It also allows students to understand through experience the subjects they are learning.

Class VI and VII students started this project around August 2021 and worked on various concepts such as atmospheric science, space environment, programming, circuit design, satellites, communication with satellites and the electronics throughout this project. They had to wait for the ideal day and weather conditions to launch this balloon into the stratosphere of the earth in order to analyze the data. Creativity and Innovation Center is a concept in which digital and analog activities are integrated with academics. These concepts are based on design thinking in a creative space. Learners go through 5 stages of design thinking in a designated place within the school.