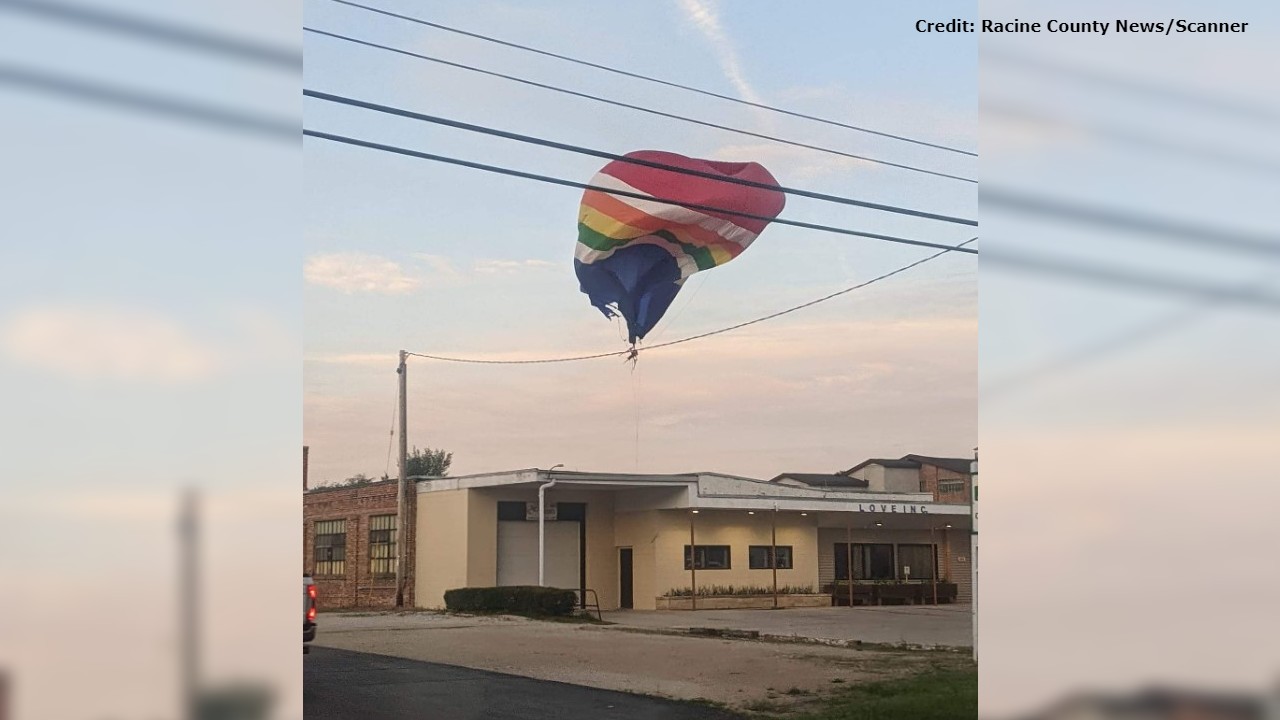 Initial reports from witnesses at the scene indicate that the hot air balloon was in distress and collided with a northbound Canadian national train.

Three occupants of the balloon were injured. Two were transported to a local hospital via Flight for Life, while the other was taken to the ground in an ambulance.

The City of Burlington Police Department is investigating in conjunction with members of the National Traffic Safety Board, Federal Aviation Administration, Canadian National and Wisconsin State Patrol to determine the cause.

This is an active investigation. Anyone who may have additional information about the crash is encouraged to contact the Burlington Police Department Detectives’ Office at 262-342-1104 or email [email protected] reference Burlington Police Report #22 -5105

Reports of a hot air balloon accident in Burlington.

You are now looking at a photo of the ball in question.

We have a team on site. We are working to find out how this happened.

According to the Kansasville Fire Department, their team, along with Rochester and the city of Burlington, responded to the accident.

Officials say there were three patients and two Flight for Life units were requested.