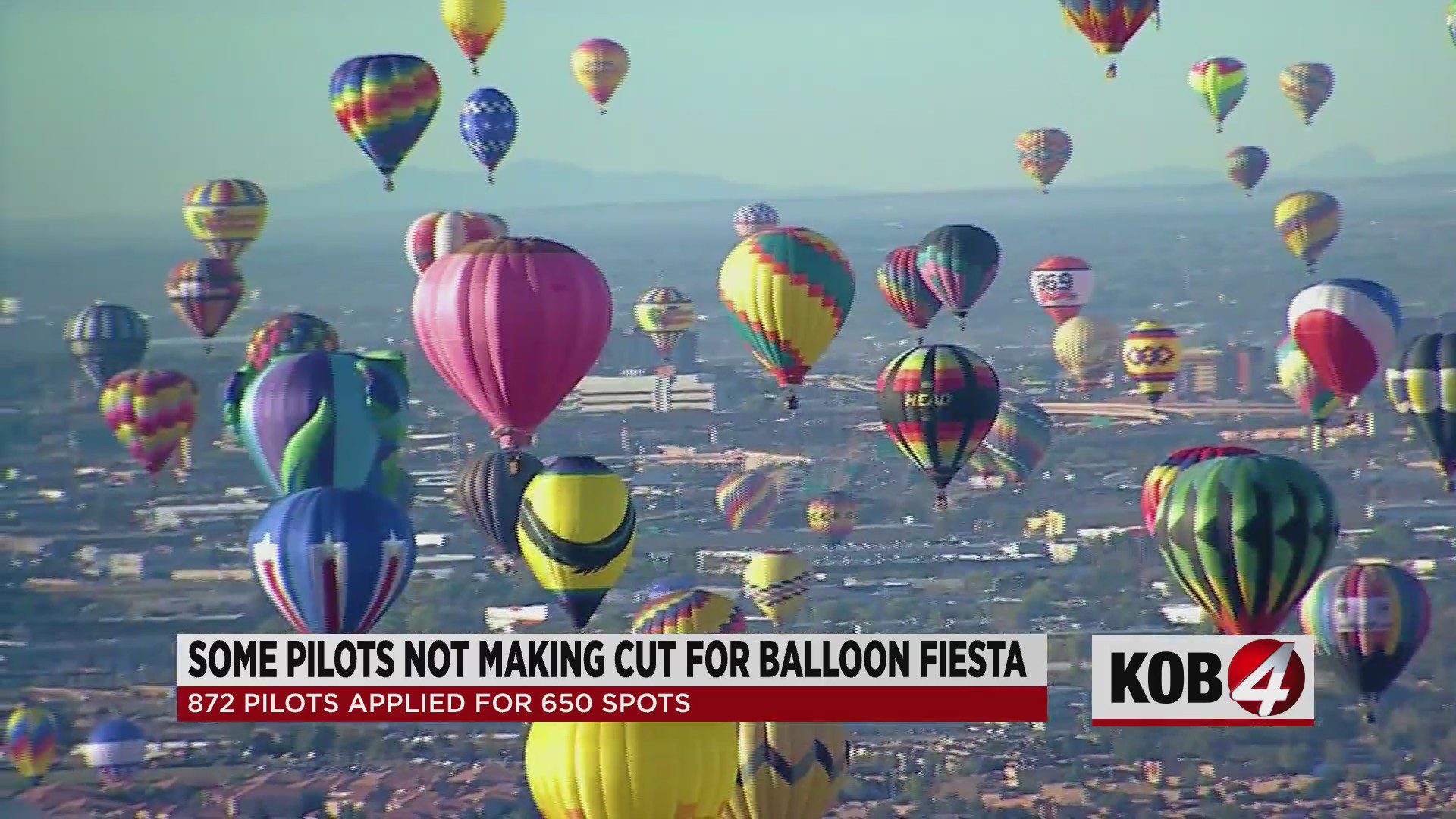 Hundreds of pilots miss the cut of the 50th Balloon Fiesta

ALBUQUERQUE, NM – 2022 marks 50 years of the Albuquerque International Balloon Fiesta and you better believe pilots and organizers are already busy planning this year’s fiesta in October.

But the plans of hundreds of balloon pilots have been deflated after their requests to fly at Balloon Fiesta were denied.

Pilot Geoff Turner, owner of the ‘Risen’ balloon, says he thought he was a shoo-in when he applied. His balloon, depicting a smiling Jesus, took off from upstate New York to make its Balloon Fiesta debut last year.

“Last year we couldn’t have been warmer,” said Turner.

This year, however, it turns out there’s no room in the inn – or on the grounds.

Turner’s company, Sky Sail, has flown at Balloon Fiesta three times with different balloons – but for the 50th anniversary, it was important for him to fly “Risen” for the 50th.

“So when we got that letter or that email, I should say, we were stunned and there was no explanation as to why, except that we weren’t successful,” Turner said.

He immediately appealed and was again turned down, but was offered a place on the waiting list.

According to Balloon Fiesta officials, more than 872 balloon pilots applied for the 650 open spots.

“So we haven’t approved 222 applications,” said Tom Garrity, a spokesman for Balloon Fiesta.

When the Balloon Fiesta Review Board reviews pilot and balloon applications, they review a specific set of criteria.

Turner maintains he meets all of those criteria, however — and he suspects he was turned down for other reasons.

“I know the practice of people trying to push Christianity out of the public square and I hope it’s not the result of that,” Turner said.

“This app discussion does not include balloon names or images,” Garrity explains, “and previously Balloon Fiesta has hosted a variety of balloons that are Christian-themed – such as Risen, Archy, the Jesus Balloon, Christo and WWJD.”

In a normal year, Balloon Fiesta approves around 500 pilot applications, but as this year marks the 50th anniversary and they expect a large turnout, they wanted a bigger show and decided to accept some 150 more than usual.