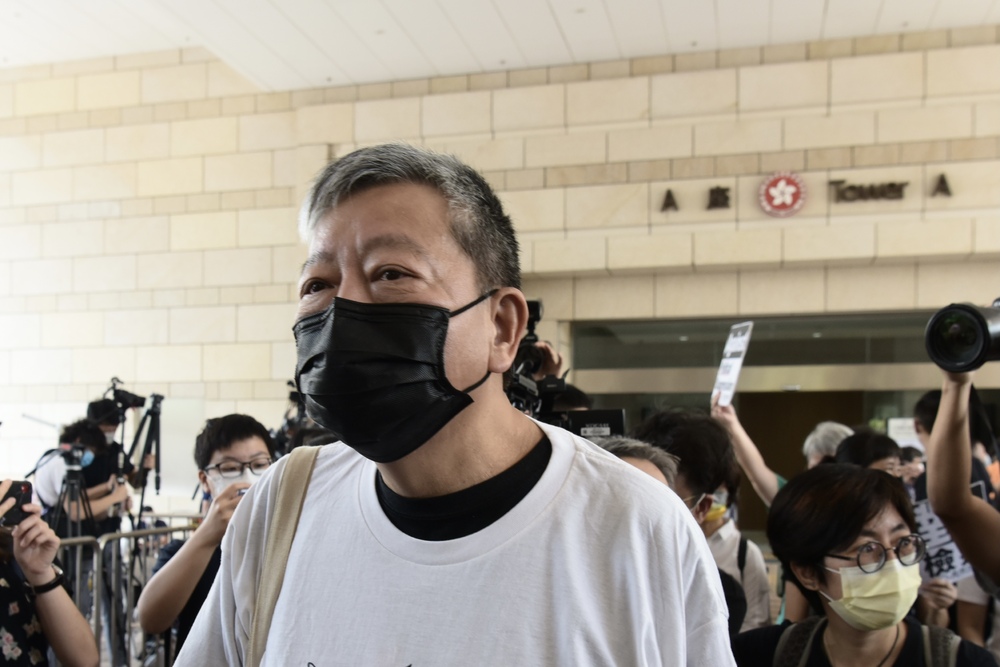 Jailed pro-democracy activist Lee Cheuk-yan was sentenced to three weeks in jail and fined HK$3,500 on Thursday for obstructing a cop and flying a balloon attached to a banner that read ” Release all political prisoners” on New Year’s Day in 2021.

Lee, 65, was the former chairman of the Hong Kong Alliance in Support of Patriotic Democratic Movements in China. He is currently serving a 20-month prison sentence for organizing and participating in multiple illegal and unauthorized gatherings, including the June 4, 2020 vigil.

He previously pleaded not guilty to flying a balloon exceeding two meters in controlled airspace and obstructing a public officer on Legislative Council Road in Admiralty on January 1, 2021.

In Eastern Magistrates’ Courts on Thursday, Magistrate Jacky Ip Kai-leung sentenced Lee on both counts. Ip fined Lee HK$3,500 for the ballooning charge and sentenced him to three weeks in jail for obstructing the cop.

The prosecution said in the closing statement that as soon as the balloon left the ground it could be considered flying and was already an aviation violation, even Lee was holding the wire. The prosecution also argued that the wire and banner attached to the balloon should be excluded in such circumstances.

The defense, meanwhile, denied that the ball was not flying as Lee was still holding the wire. The defense agreed that Lee stretched out his arms in front of the cop, but added that Lee was only trying to reason with the cop.