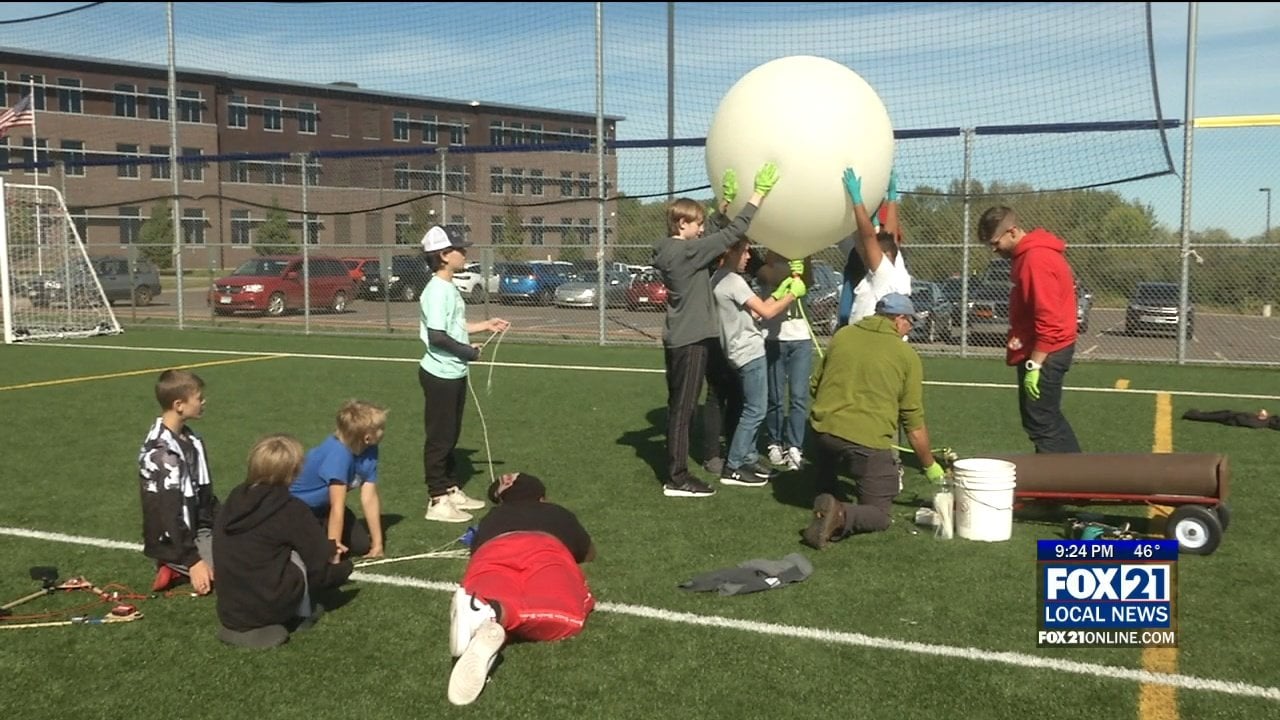 DULUTH, Minn. – “It was great, it was super fun. I have to get out of the classroom and throw a ball into space,” said Lincoln Park Middle School Grade 8 student Zelalem Oestreich.

8th graders in a pre-engineering class at Lincoln Park Middle School participated in a weather balloon project that teaches temperature, humidity, pressure and other information as it travels across the stratosphere.

“It’s fun, I mean I’m excited for every launch and I imagine the students are really excited too. So it’s really cool to see something launch. I mean who doesn’t want to attend at an airplane launch or watching a spaceship take off or something and so it’s kind of a tame version of that. There’s no flames, it’s just helium,” said said Dave Johnson, organizer of the Weather Balloon Project.

The project involves inflating a 600 gram balloon with helium and then launching it into the sky. It will travel about 30,000 meters or about 15 miles high and if the math is correct, it will eventually land in Wisconsin.

“I really expected the ball to go a lot slower than that because it’s my second ball throw I’ve done here at Lincoln because it’s like a thing they do sometimes. And I didn’t expect it to go up very fast,” Oestreich said.

Attached to the balloon is a platform containing a series of computers as well as additional science experiments which the students have placed individually.
The platform is also equipped with GPS and radio tracking equipment as well as video cameras.

“It’s been very successful, like you’ve actually done something and now you’ll have the satisfaction of having our lovely DJ here and bringing him back and we can see all the photos and all the videos and stuff.” says Oestreich.

Once the balloon lands, students can study the data collected by the computers.

At 9 a.m. Thursday, the Marshall School will conduct its own weather balloon launch.