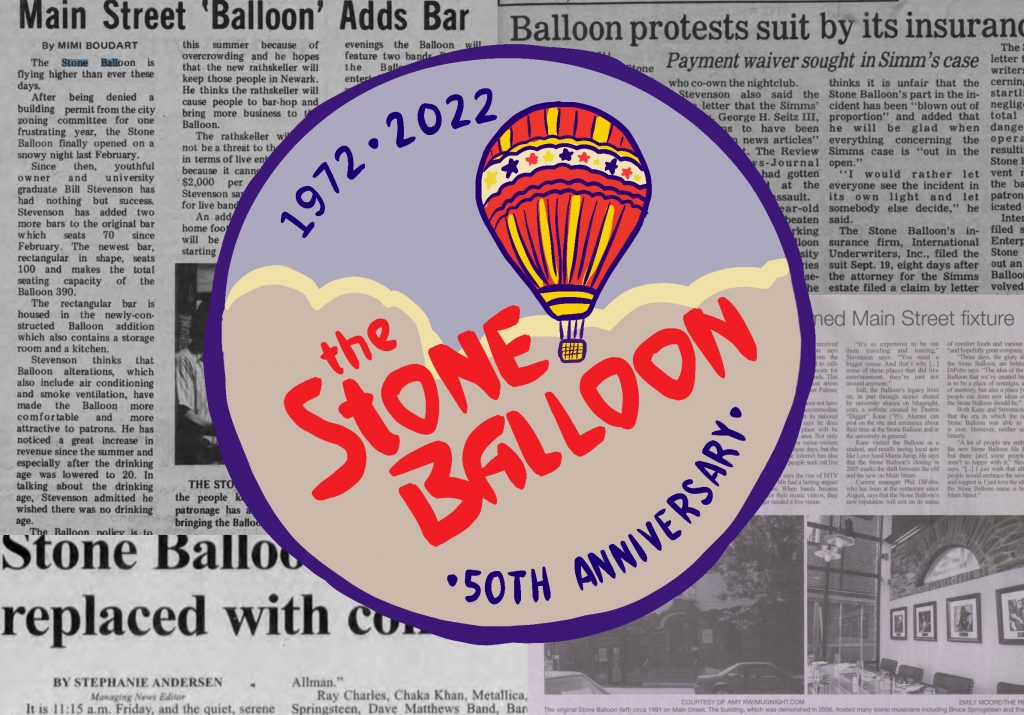 When Bill Stevenson was a young varsity athlete at the University of Delaware, he decided to take a chance and buy a building on Main Street in Newark. In 1972 he opened a bar and music venue called the Stone Balloon, and according to Stevenson, this helped transform Main Street into the center of the entertainment and foodie destinations it is known for today. Thus was born the rock bar Stone Balloon.

50 years later, the Stone Balloon remains one of Main Street’s most popular spots. According to Stevenson, it became a huge hit with young people. Shortly after opening, the Stone Balloon hosted artists such as Bruce Springsteen, Metallica and the Allman Brothers. Stevenson explained how, in order for these legendary acts to perform in a small rock and roll bar, he had to beg them.

“Because any band that said they were too popular or too big, I said, ‘Bruce Springsteen played here! ‘” Stevenson said.

Stevenson said the sense of history and community that emanates from the stone ball has remained with it throughout its 50 years, despite changes to its structure. He even calls it his “own museum right here in Newark.” The rock-and-roll bar also helped bring more people to Main Street, which Stevenson said was a “ghost town” before the Stone Balloon.

“When I opened on Main Street, half of Main Street was vacant,” Stevenson said. “No one was here. We revived and saved Main Street.

While the Stone Balloon started out as a popular concert venue with mostly drinks on the menu, times have changed and so has the business. Eventually concert halls and live music were no longer “in” according to Stevenson, and the Stone Balloon closed for a period in 2005.

In 2014, current owner Bobby Pancake bought the space. Although he had never been to the concert hall itself, Pancake said he knew about the legend of the stone balloon and quickly learned the power of its name. He decided he would need to be renamed to be successful.

Pancake has implemented the historic aspects of the original Stone Balloon concert hall into a rock and roll-themed restaurant known for its cuisine rather than its live music. It was important to Pancake and Stevenson that history be preserved, so that the restaurant’s decor and ambiance reflect its origins as a rock-and-roll joint.

“We’re really going to honor and pay tribute to why we have this name,” Pancake said.

As Main Street constantly transforms with the construction of new multi-story buildings, an aspect of the city’s history lives on through the Stone Balloon 50 years later, through the atmosphere and community that surrounds it. .

2022-04-15
Previous Post: This Giant Balloon Will Take You To Space, For Just $50,000
Next Post: Have you seen this? A look back at Reagan’s perfect balloon-burst response