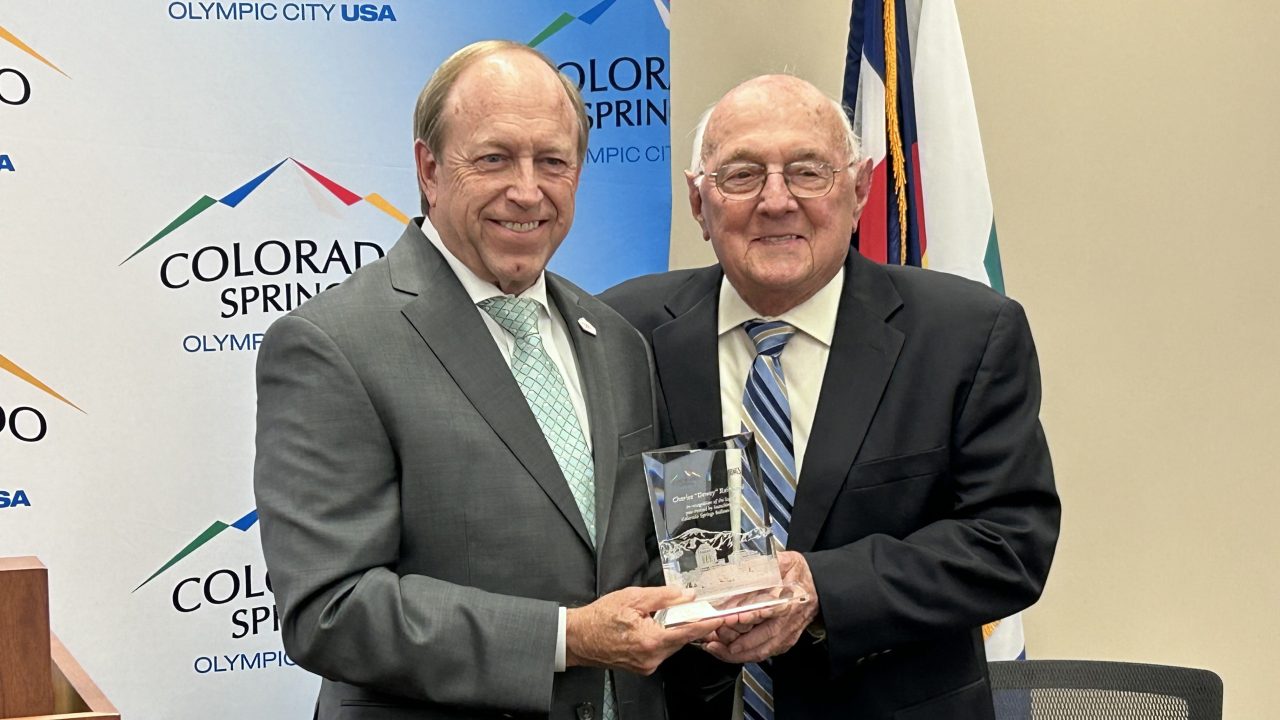 COLORADO SPRINGS — On Monday, Sept. 26, Mayor John Suthers presented Richard “Dewey” Reinhard with the Spirit of the Springs Celebration award, for his contributions to the community.

Reinhard founded and organized the first Colorado Springs Balloon Classic in 1976, which has become one of the five largest balloon displays in the nation, Colorado’s largest air show, and is among the top 100 events in North America.

“It’s the only type of plane you can fly over the prairie and pick up wildflowers in your basket. and climb ten or twelve thousand feet in the aspen and pick pine cones on top of the pines or dive into the prospect lake or the Atlantic Ocean, ”said Reinhard

Reinhard was born in Pueblo in 1930 and graduated from Colorado Springs High School (now known as Palmer High School), in 1948. Reinhard became interested in hot air ballooning in the 1970s, winning various hot air balloon titles and awards . He founded the Ballooning Society of Pikes Peak and was inducted into the United States Ballooning Hall of Fame in 2011.

“If you’ve ever enjoyed hot air balloons in Colorado Springs, you have Dewey Reinhard to thank,” Mayor Suthers said. “We are grateful that he has started an enduring tradition here in Colorado Springs that brings great joy to participants and great benefit to our city.”

Asked about the best part of organizing the event, Reinhard replied, “I would say a special reward just by seeing the smiles on people’s faces.”

The Spirit of the Springs is presented by the Mayor’s Office to outstanding individuals and organizations in Colorado Springs.