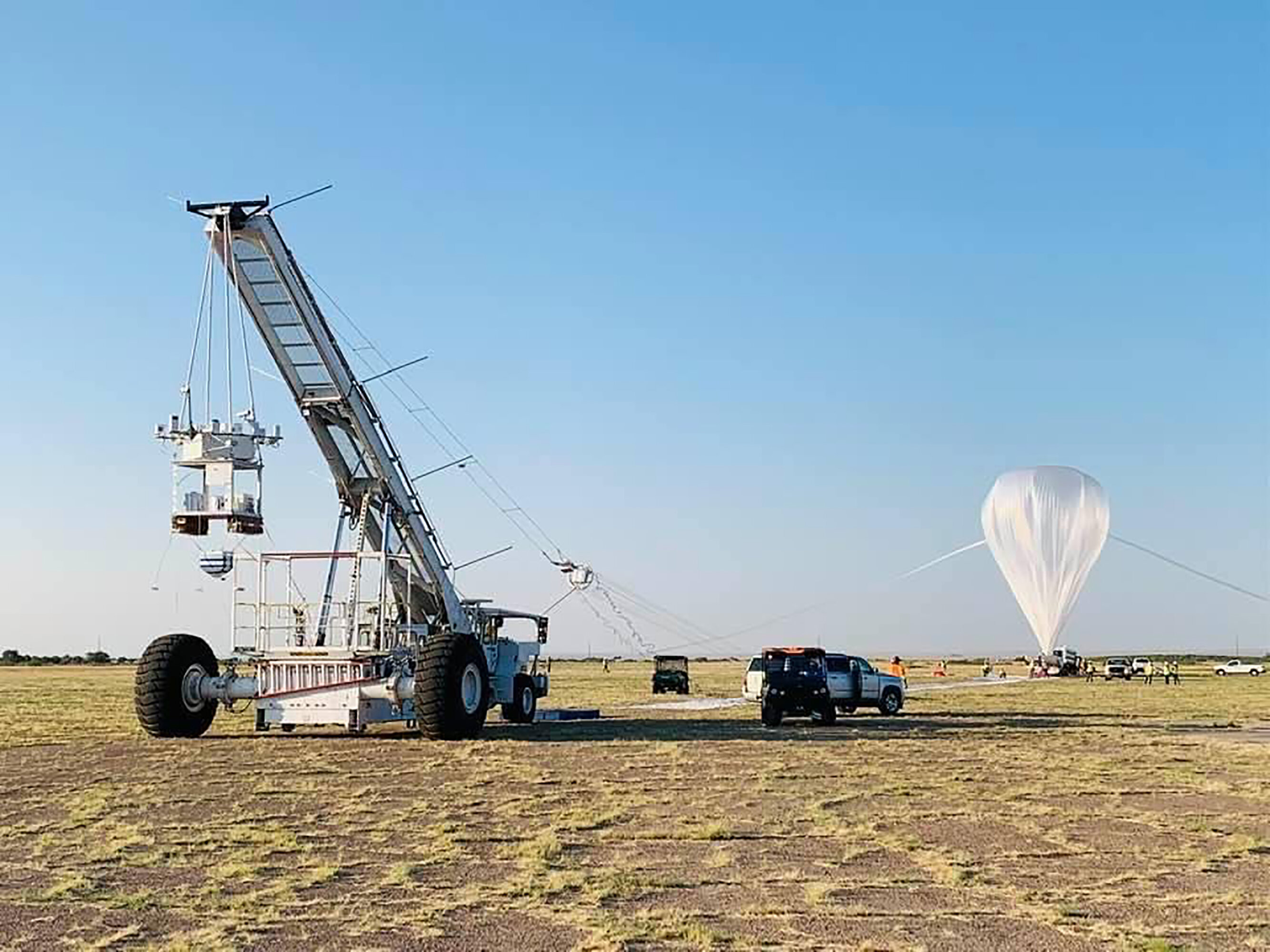 NASA science balloon will take student payloads to the stratosphere

HASP, which is led by Louisiana State University’s Department of Physics, is a joint project between the Balloon Program Office at NASA’s Wallops Flight Facility in Virginia, the Science Mission Directorate of NASA, the Louisiana Space Grant Consortium in Baton Rouge, and NASA’s Columbia Balloon Science Facility in Palestine, Texas.

HASP can support up to 12 student-built payloads. It houses and provides power, mechanical support, interfacing, data downlink, and control uplink communications for the instruments. Launched from NASA’s Balloon Launch Facility at Fort Sumner, flights typically last 12 to 15 hours, flying into the stratosphere at an altitude of approximately 23 miles.

Since 2006, the HASP program has selected more than 182 payloads for flight, of which 144 have been launched and 118 have been successful. The program involved more than 1,400 students from 29 US states and territories and four international teams.

This year’s student teams include:

Iowa State University and the University of the Virgin Islands will fly on HASP for the first time.

This document is subject to copyright. Except for fair use for purposes of private study or research, no part may be reproduced without written permission. The content is provided for information only.