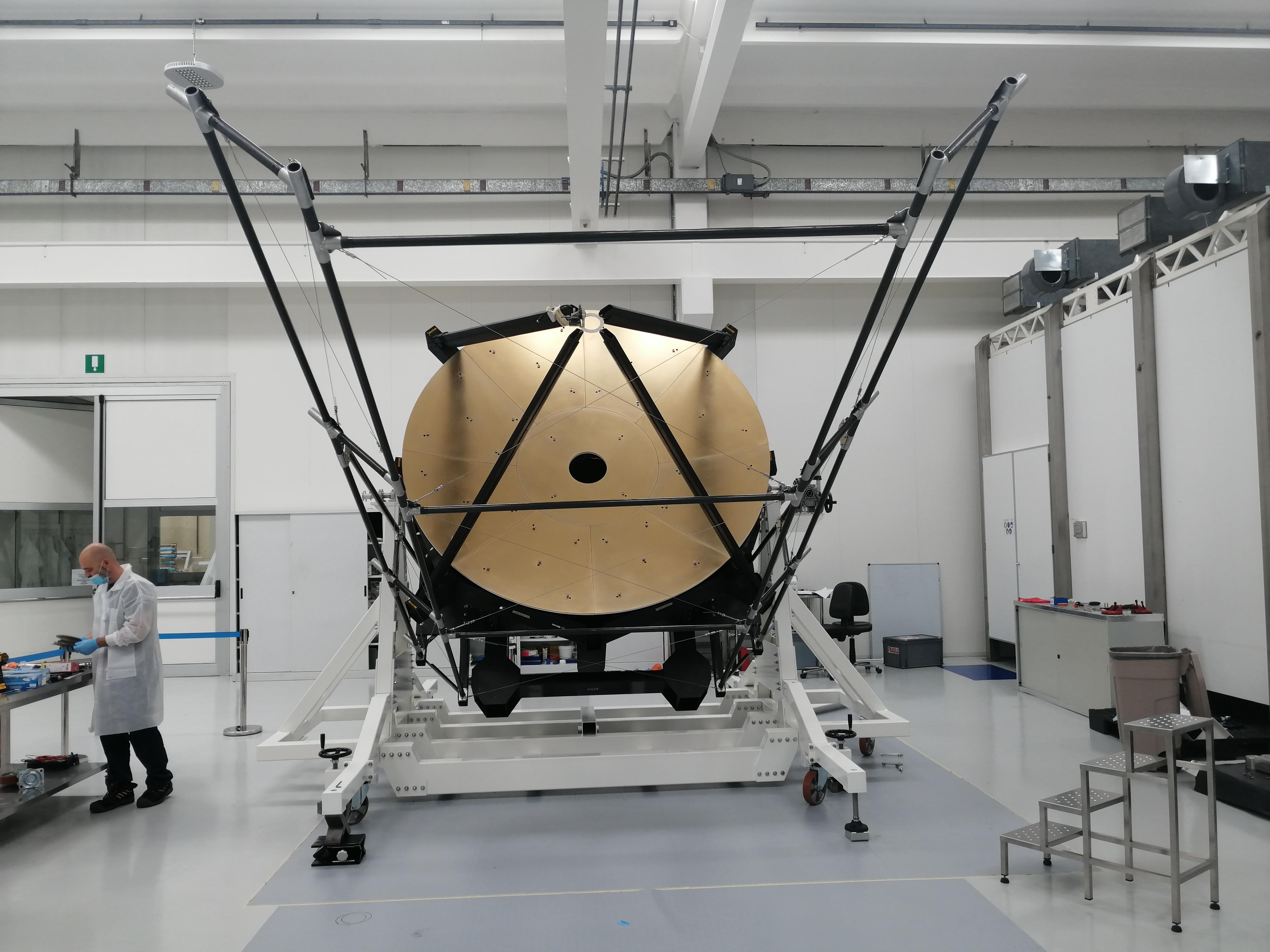 The ASTHROS main mirror has nine panels, which are significantly easier to manufacture than a one-piece mirror. The bulk of the mirror panels are made of lightweight aluminum, formed into a honeycomb structure that reduces its overall mass. The surfaces of the panels are made of nickel and coated with gold, which improves the reflectivity of the mirror at far infrared wavelengths.

Since the ASTHROS team will not be able to fine-tune the alignment of the panels once the telescope is lifted off, the cradle supporting the mirror must be light but exceptionally strong and rigid to avoid any deformation. Carbon fiber would do. So, to build the cradle and other structural components, Media Lario turned to local companies in Italy that typically produce specialized structures for boats and competitive racing cars.

“I think this is probably the most complex telescope ever built for a high-altitude balloon mission,” said Jose Siles, ASTHROS project manager at JPL. “We had specifications similar to a space telescope but with a tighter budget, schedule and mass. We had to combine techniques from ground-based telescopes that observe in similar wavelengths with manufacturing techniques advanced used for professional racing sailboats.It’s quite unique.

Media Lario will deliver the entire telescope to NASA at the end of July. After that, the ASTHROS team will integrate it with the gondola (the structure that holds all the payload and attaches to the balloon) and other key components. Then they will begin a series of tests to make sure everything is ready for flight.

Learn more about the mission

A division of Caltech in Pasadena, California, JPL manages the ASTHROS mission for the Astrophysics Division of NASA’s Science Mission Directorate in Washington. JPL is also building the science payload for the mission. The Johns Hopkins Applied Physics Laboratory in Laurel, Maryland develops the gondola and scoring systems. The payload cryocooler was developed by Lockheed Martin as part of NASA’s Advanced Cryocooler technology development program. Other key partners include Arizona State University and the University of Miami. ASTHROS’ high performance carbon fiber parts were produced by Persico Marine in Nembro, Italy, and Lamiflex SpA in Ponte Nossa, Italy.

ASTHROS will launch from NASA’s Long Duration Balloon Facility in Antarctica, near McMurdo Station. The station is operated by the National Science Foundation through the United States Antarctic Program.