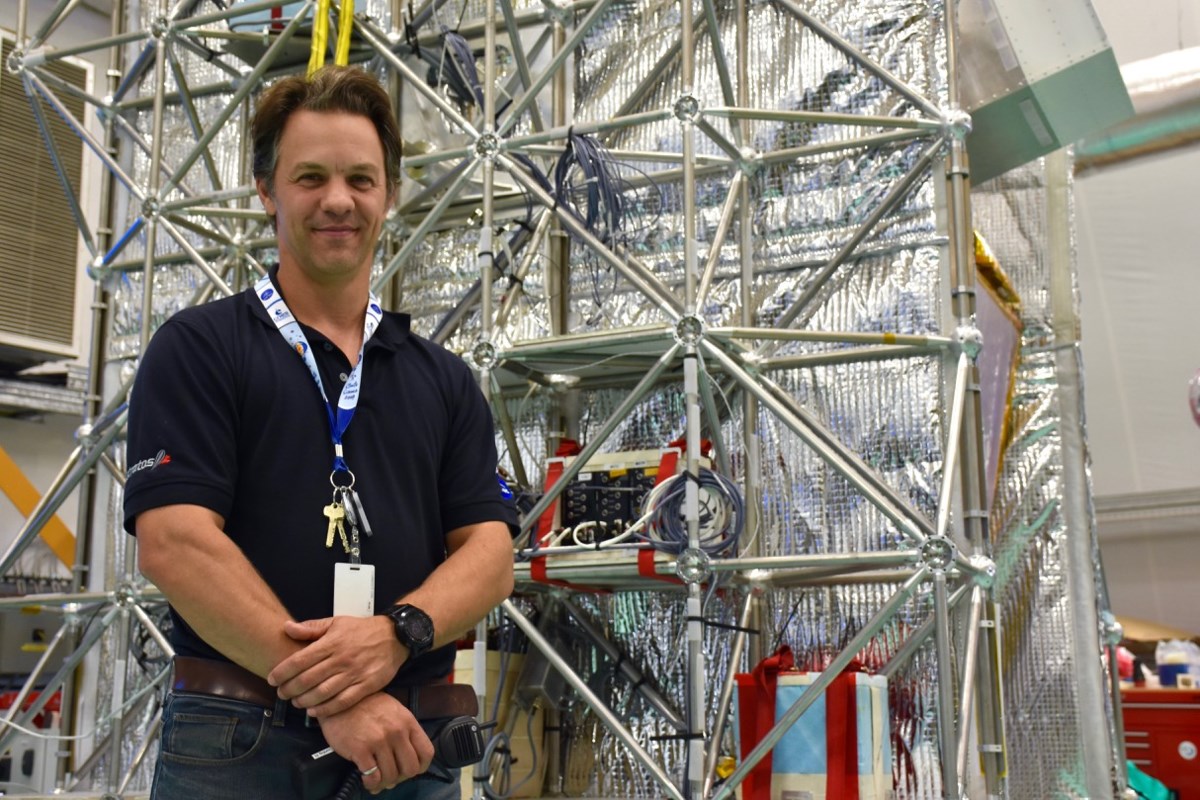 New hall under construction at Timmins Stratospheric Balloon Base

As the first phase of work on the Timmins Stratospheric Balloon Base expansion winds down, the next phase has been given the green light.

While the federal government will cover the cost of the expansion through a new lease with the City of Timmins, airport manager Dave Dayment also wants ongoing operating costs covered in the agreement.

At a special meeting this afternoon, Timmins Council awarded a $4.1 million contract to CGV Builders to construct a new lobby and add an elevator to an existing building on the site located at Victor M. Power Timmins Airport in a secure area near MNR buildings. The city owns the base, which is leased to the Canadian Space Agency (CSA). The launches are a partnership between the CSA and the French space agency.

The expansion aims to give scientists more space to work on the payloads, especially at the start of launches when there are weather delays or multiple projects underway.

“We worked many hours on this project because the buildings are ours, they belong to the city when paid for,” Dayment said.

There are ongoing operating costs for buildings.

“My advice was that we subsidize it and I don’t want to do that anymore,” he told the council.

When scientists use the facility, he said the city receives $15,000 per campaign.

The site hasn’t been used for two years, and Dayment said the airport lost that money.

The city asked FedNor and the Northern Ontario Heritage Fund to help cover construction costs. Even if those aren’t awarded, Dayment said the full cost will be covered by the federal government. The City of Timmins has a Letter of Intent from the Canadian Space Agency to ensure this.

In January, L360 Architecture was hired to be the design and contract administration consultant for the expansion, which is the first phase of the expansion. Cy Rheault Construction Ltd. won a $148,654 contract in May to move a garage and small trailer to the site and complete the site work. Dayment expects the job to be done today (July 26).

Construction of the new room is expected to take 28 weeks.

“They won’t be able to start this until September, which is a small boost for a foundation. They want to install the foundation before winter,” Dayment said.

There will be balloon launches this year.

“In addition, five weather balloons will be launched with educational payloads on board,” the website says.

“The goal of the campaign is to provide post-secondary students with the unique opportunity to design, build and test small payloads. The payloads will be launched aboard a high-altitude balloon system, provided by the Canadian Space Agency (CSA), and will give students enough experience to perform their own balloon launches. As part of the launches, teams are introduced to engineering project processes and produce technical and progress reports in different phases.

The first stratospheric balloon campaign in Timmins in 2013 was a qualifying campaign.

For a better idea of ​​what the stratospheric base does, check out a story about the 2019 launch here.