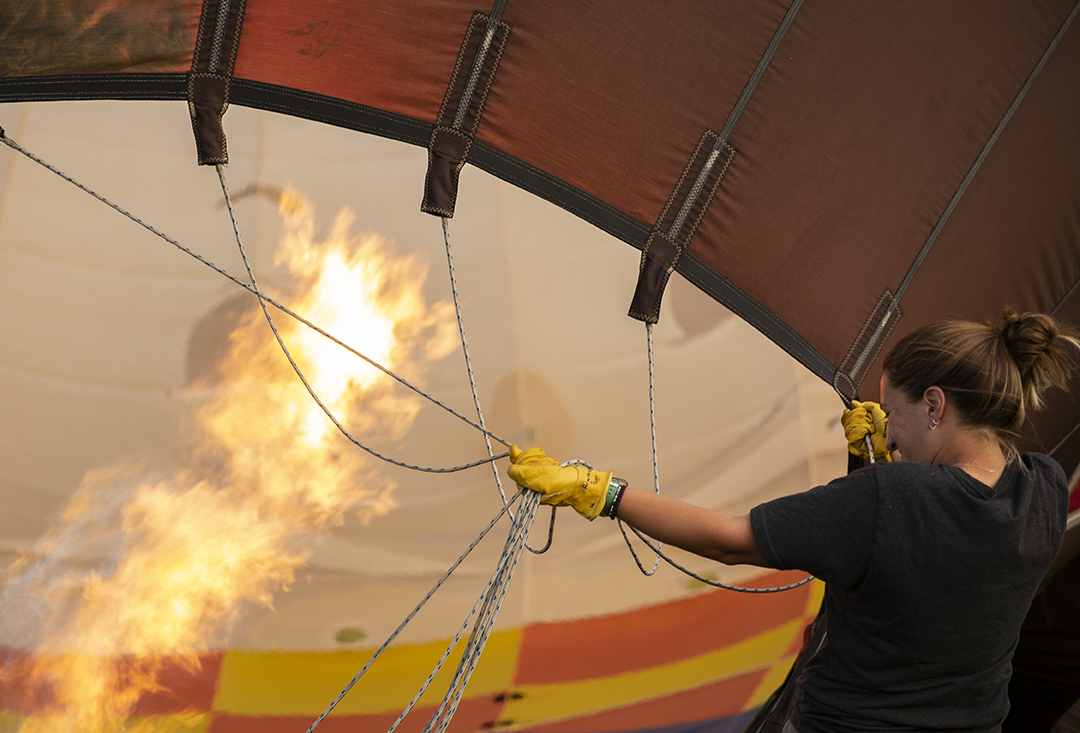 Ground crews compete for a Humpty Dumpty balloon as the pilot warms up the air before its launch Friday morning on the first day of the 2022 Casper Balloon Roundup. (Dan Cepeda, Oil City News)

The early launch marks the return of the annual Casper Balloon Roundup, which will take place every morning until Sunday around 6 a.m. at the Murane Playing Fields and Football Fields near Casper College and across from Mike Sedar Park.

On Saturday July 30 from 6pm to 10pm, David Street Station will host a chandelier, and balloon burners will light up the street. There will also be other related activities, the chamber said.

The final day of the rally – Sunday July 31 – is ‘Children’s Day’ and features tethered balloon rides.

More information about the event can be found here.

An earlier version of this story had the wrong location. It has been corrected.