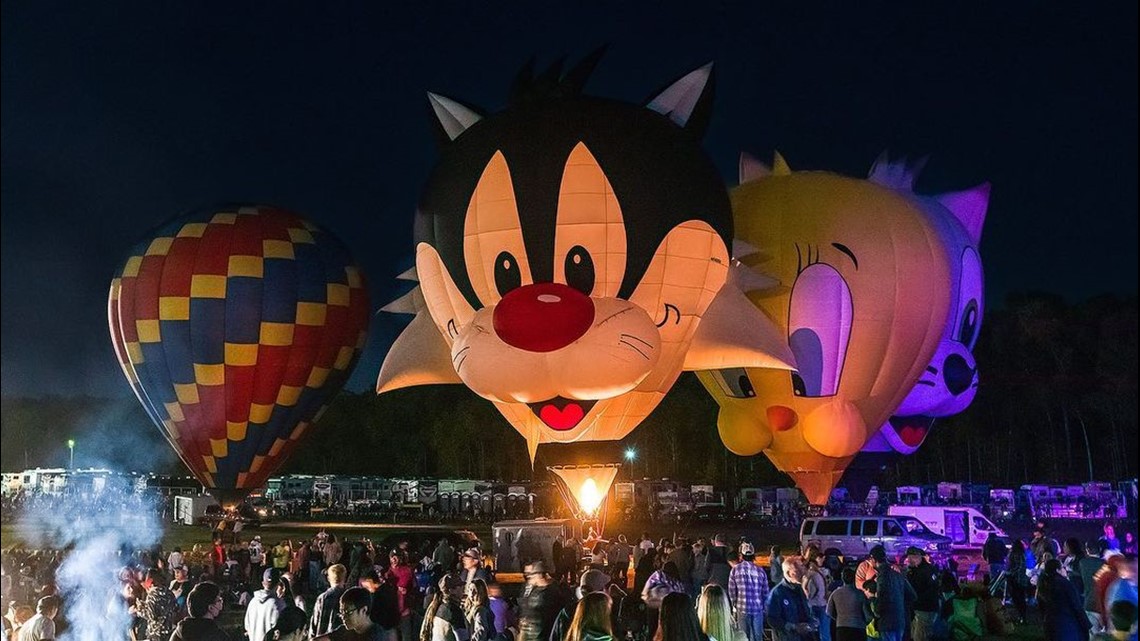 Thousands of people waited hours to enter the Prince William County Balloon Festival, and dozens were left disappointed without ever taking a hot air balloon ride.

MANASSAS, Va. — For thousands, the Prince William County Hot Air Balloon Festival looked like a spectacular event in the glorious weather this weekend. But now dozens of them are complaining online that the fair was a disaster.

Peggy Sparks was so excited about the hot air balloons taking off just minutes from her Manassas home that she shelled out $100 for the tickets.

“I actually drove all the way to Pittsburgh to pick up my aging mother, borrowed a wheelchair, and also brought back my autistic adult nephew with special needs,” she said.

But the traffic jam at the gate of the Prince William County Fairgrounds was so bad she said it took her three hours to cover the few miles to her house.

She is furious with the organizer, BalloonShows.com.

“Shame on you is the first thing that comes to mind,” she said. “How dare you organize this type of unorganized and dangerous event? How dare you do this and charge people for it?”

Online, people complain about the hours of waiting for everything: to get in, to take a tethered balloon ride, to get food, to go to the bathroom.

Jim Amos said he piled his two children into the car and drove 45 minutes from Alexandria before he got into trouble. He said he spent 90 minutes just sitting there, stopping a few blocks short of the entrance with a grumpy toddler, before finally bailing out and heading home.

“I couldn’t see the traffic moving enough to be sure we would ever be at the event,” he said.

“It was a fantastic event,” he said. “We had balloons for hours, did 1,500 tethered balloon flights and people had a good old time.”

Advance tickets were $20 for adults and $8 for children. But they were more at the door.

Kwaterski said 8,000 people entered on Saturday and another 4,500 on Sunday. He said the capacity of the fairgrounds was 10,000, so the organization only sold 5,000 tickets on Saturday, hoping to leave several thousand more available for rides. He said he hired Prince William County Police to handle traffic.

“We told them we were expecting a big crowd,” Kwaterski said. “You know, it’s on them for traffic control.”

Prince William County Police Spokesman Sgt. Jonathan Perok said there was only one way in and out of the fairgrounds and officers did what they could.

Kwaterski said he would consider refunds on a case-by-case basis, or people could use their tickets next year.

“Forget it, don’t bother,” Amos said. “There is something wrong.”

WUSA9 is now enabled Roku and Amazon Fire TVs. Download the apps today for live newscasts and video on demand.

Download the WUSA9 app to get the latest news, weather and important stories at your fingertips.