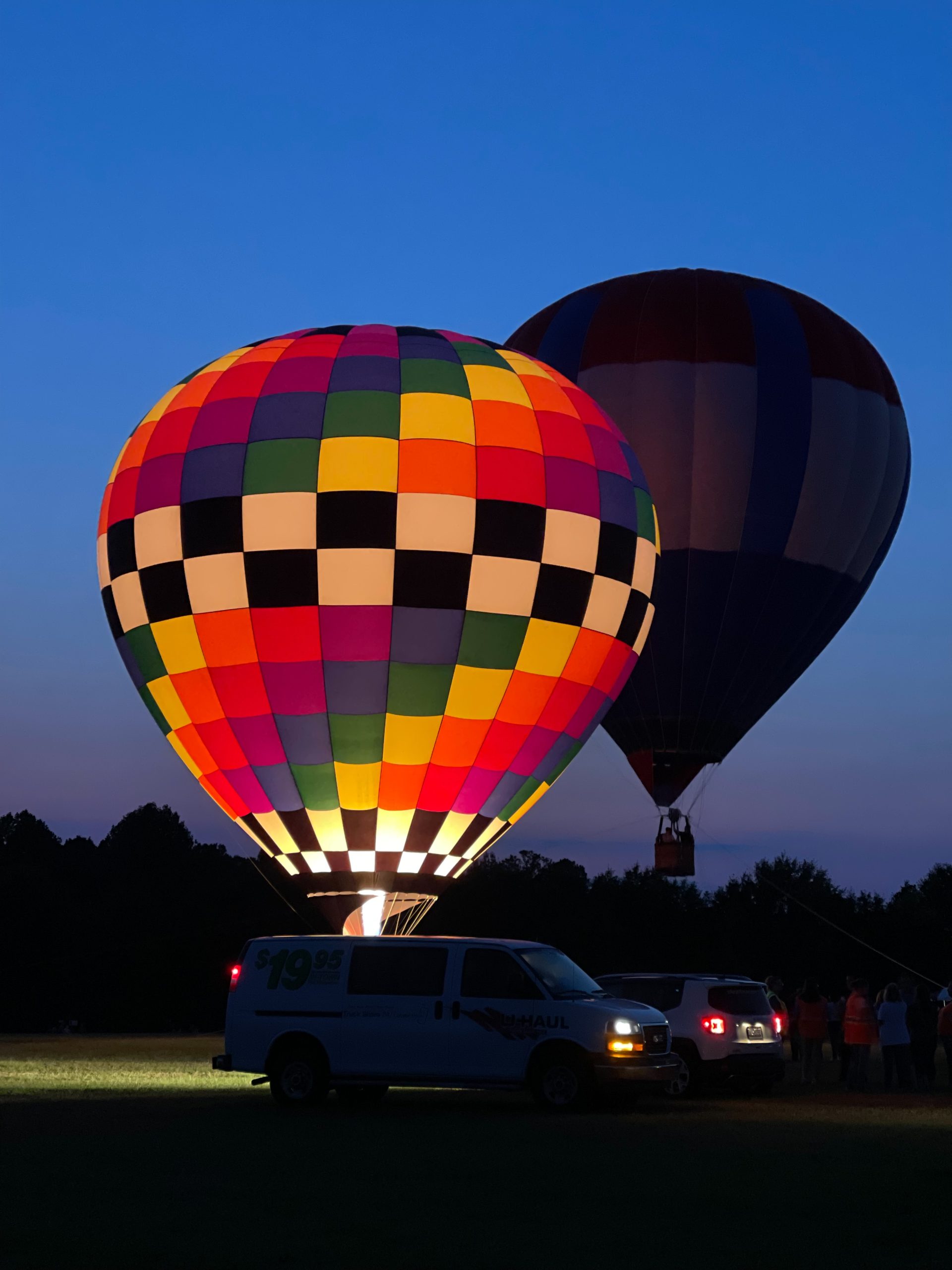 Skip Pringle and John Cavin of Cartoon Balloons were a big hit with kids, hailing from Orlando and Indianatlantic Beach, Florida.

The dynamic duo lifted balloons in the shapes of Tweety Bird and Tom and Jerry.

“You can watch an ad 150 times and not remember a company,” said flyer Tom Lattin.

Lattin oversees Remax Balloons for North and South Carolina. Lattin has been used for everything from advertising with Forbes Magazine to a Child’s Day at Victory Junction.

To help Lattin get his balloon off the ground, his wife, Sherry, and two sons, Luke and Mark.

The last flier of the evening was Richard Davenport. Davenport is an independent traveler who makes a living by attending hot air balloon festivals across the country. He has been flying since 1985 and hails from Ormen Beach, Florida.

The festival continued on Saturday and Sunday.

The RO will have more photos from the festival to come later.