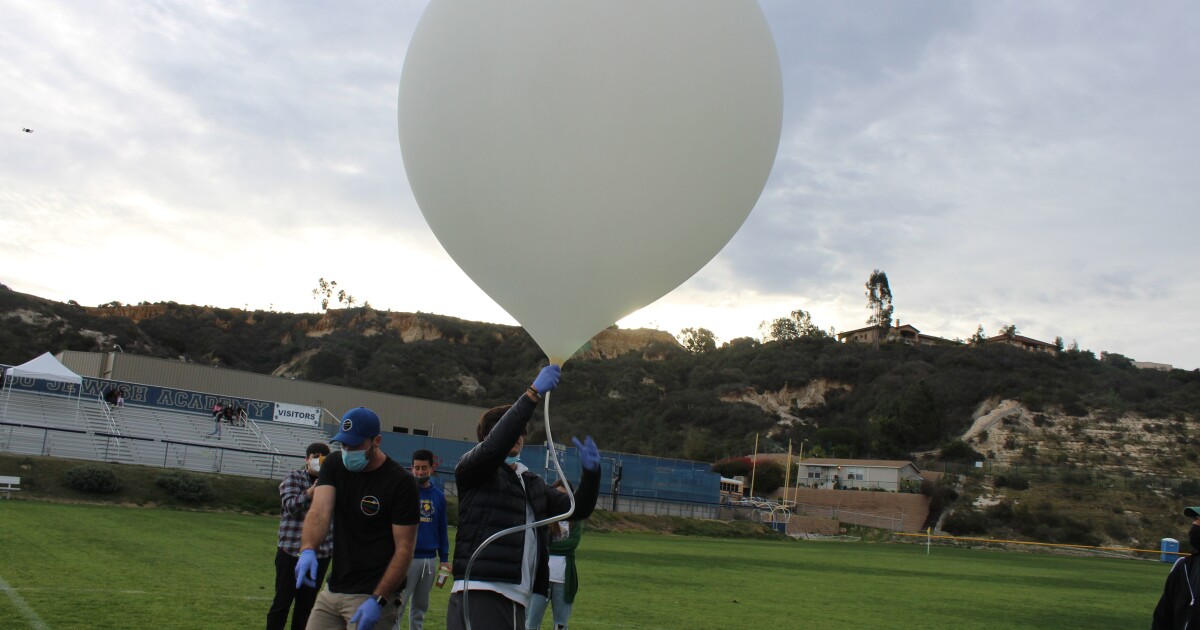 The Jewish Academy of San Diego recently announced the successful launch of a high-altitude weather balloon by its physics students, which traveled 90,000 feet – the highest attainable altitude in Earth’s atmosphere before space. , according to a press release. From this height, it is possible to see the whole world.

The project, the culmination of a semester-long effort by SDJA’s Maimonides Graduate School (MUS) physics class, “allowed students to integrate their understanding of buoyancy, forces, and motion through the hands-on challenge of designing and building a payload and data logger,” said Patrick Hagerman, professor of physics at SDJA MUS, in the press release.

“The payload was recovered from the mountains of the Mesa Grande Tribal Reservation after reaching a height of approximately 90,000 feet, making this project a huge success for our hard-working students,” Hagerman continued.

Students will now analyze a wealth of data from the project, including GPS positioning, altitude, flight time, temperature, and humidity levels throughout the balloon’s flight.

“These students were dedicated to their mission, and together with their teachers, they accomplished something truly amazing,” adds Zvi Weiss, school principal at the Jewish Academy of San Diego. “They innovated, experimented and worked together – these are powerful real-world experiences and lessons they will carry on with throughout their lives. We are so excited and proud of them.

“In addition to learning the physics, design, engineering and logistics involved in a high-altitude balloon launch, students also got to practice the art of storytelling during this project. Students brought together a film crew and documented the entire process,” said Adam Borek, Deputy Director of SDJA’s Center for Innovation and Entrepreneurial Thinking. “It allowed them to hone many valuable skills, including cinematography, photography, storyboarding and digital editing!” — SDJA press release