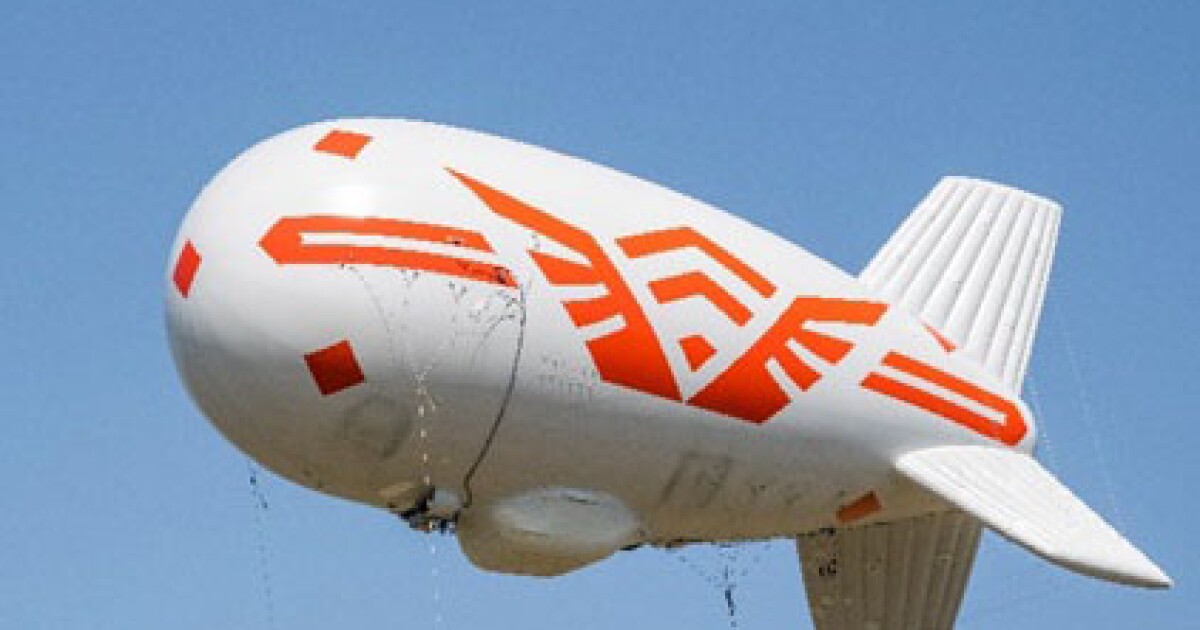 The company, along with business partner Altaeros Energies, which built the balloon (pictured), carried out the test at Japan’s Hokkaido spaceport, at an altitude of 249m.

The test “succeeded in achieving stable and extensive network coverage with this system,” SoftBank said in a statement.

SoftBank’s HAPSMobile – based on an abbreviation for High Altitude Platform Station – been working on flying base stations for some time. In 2020, he successfully transmitted 4G mobile signals – including a video call – from an unmanned solar-powered aircraft 12 miles above New Mexico.

But the research program identified a challenge: “that the communication area projected on the ground cannot be fixed because the footprint moves as the plane turns,” SoftBank said last year.

There is also a problem when using a set of balloons, especially when deployed after a disaster. “The communication area, or footprint, projected on the ground cannot be fixed because the cells rotate as the aircraft rotates, causing frequent handoffs and affecting receive power levels, impacting quality telecommunications.”

The final test aims to provide a stable footprint of each ball. “Using a cylindrical antenna with digital beamforming control, SoftBank’s footprint attachment technology secures the airframe’s footprint to the ground by controlling the direction of radio beams as the airborne vehicle rotates, which is essential for airborne wireless telecommunications platforms,” ​​the company said. .

In the Hokkaido trial, SoftBank and Altaeros used an “AI-based three-tether control system that can control and stabilize the aerostat [the balloon] up to 305 m altitude”. That’s far less than the New Mexico trial in 2020, but it was enough “to allow for extensive network coverage,” they said. “Under a good line of sight, [that achieves] extended network coverage of a few tens of kilometres.