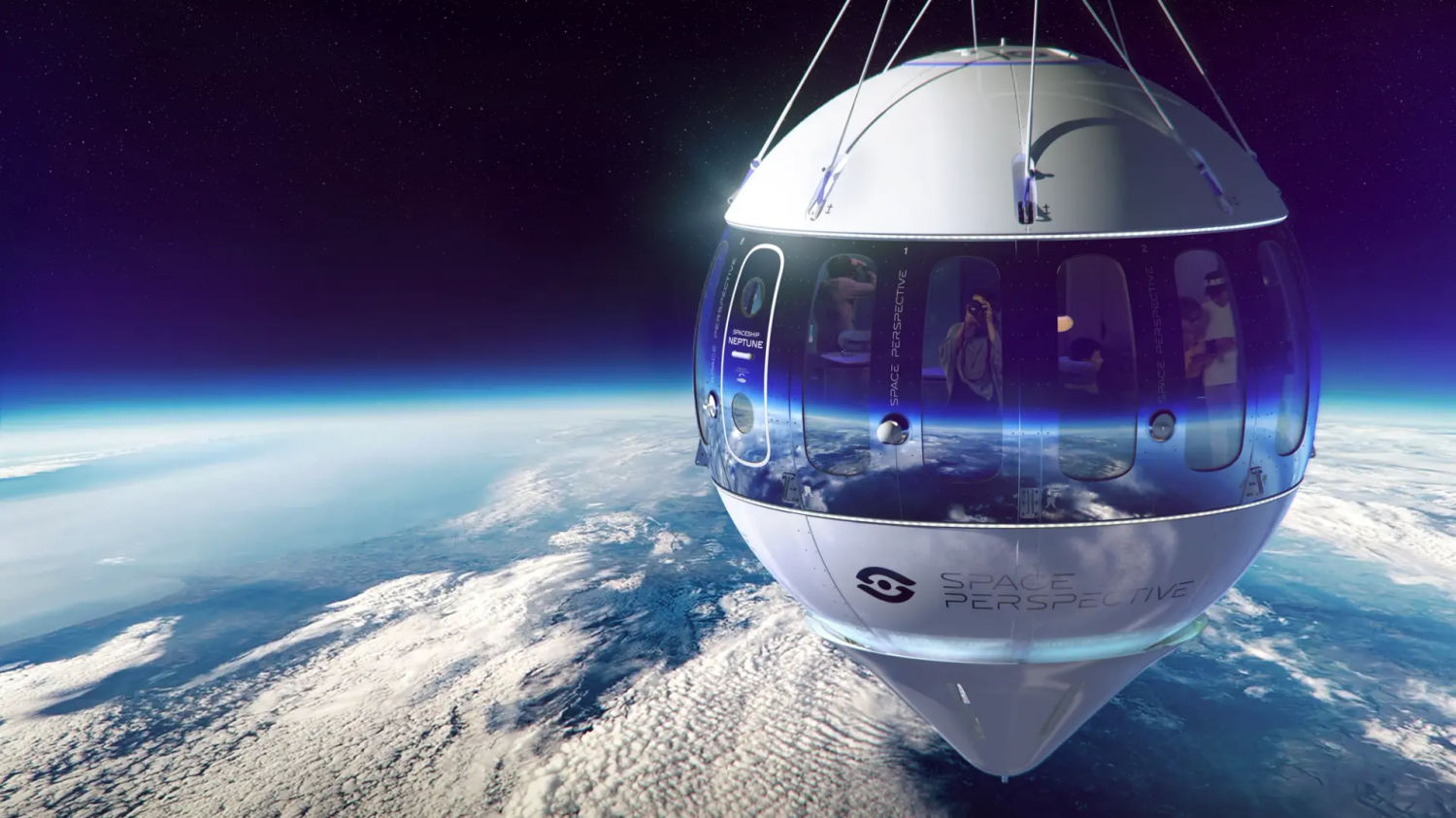 Space tourism: this luxurious space balloon wants to take you to the farthest reaches of space!

After releasing the design for the luxurious SpaceShip Neptune, Space Perspective is now looking forward to taking people to the far reaches of space!

The space tourism company recently unveiled the final design for the zero-emission space balloon, a pressurized capsule that would transport passengers to the very edge of space.

The Neptune spacecraft will orbit the Earth at a height of 20 miles (30 kilometers). This is almost three times less than the Kármán line, which is widely considered to be the limit of space, although it is still disputed.

Everything about the Neptune spacecraft

As first reported by Interesting Engineering, the architecture of the Neptune spacecraft allows for 360-degree panoramic views, with the curvature of the Earth and dark space clearly apparent. Additionally, passengers will have a view of approximately 450 miles (724 km) in all directions.

A flight will take around six hours and cost around $125,000. Space Perspective has also just revealed the exquisite interior of its capsule. He also claims that the spherical shape of the exterior allows for a spacious interior with more headroom, as well as additional safety benefits for pressure resistance.

Space Perspective Founder and Co-CEO Taber MacCallum Centuries of balloon and parachute operation show that flying the balloon consistently from launch to landing is by far the “simplest, safest” approach. and the strongest.

The company also said its revolutionary capsule design was developed after thousands of virtual flight tests and simulations. The plan was made possible through Space Perspective’s collaboration with Siemens Digital Industries.

Space Perspective is building the capsule at its Florida site near NASA’s Kennedy Space Center. It also intends to deploy balloon spaceflight from the same location.

Previously, SpaceX carried four passengers on a four-day orbital journey aboard one of its Crew Dragon capsules in September 2021.

Space Perspective was also able to receive $1 million in new funding from new investors, including Silicon Valley Bank, KKR and Co. co-founder Henry Kravis, as well as Trinity Capital in May.

The space tourism company received approximately $40 million in its Series A funding in 2021. According to company management, this will fully fund the spaceflight company’s first commercial flights, which are expected to begin in 2024. .

Related article: Virgin Galactic wants 1,000 passengers to buy its $450,000 tickets; What are the inclusions?

This article belongs to Tech Times

ⓒ 2022 TECHTIMES.com All rights reserved. Do not reproduce without permission.