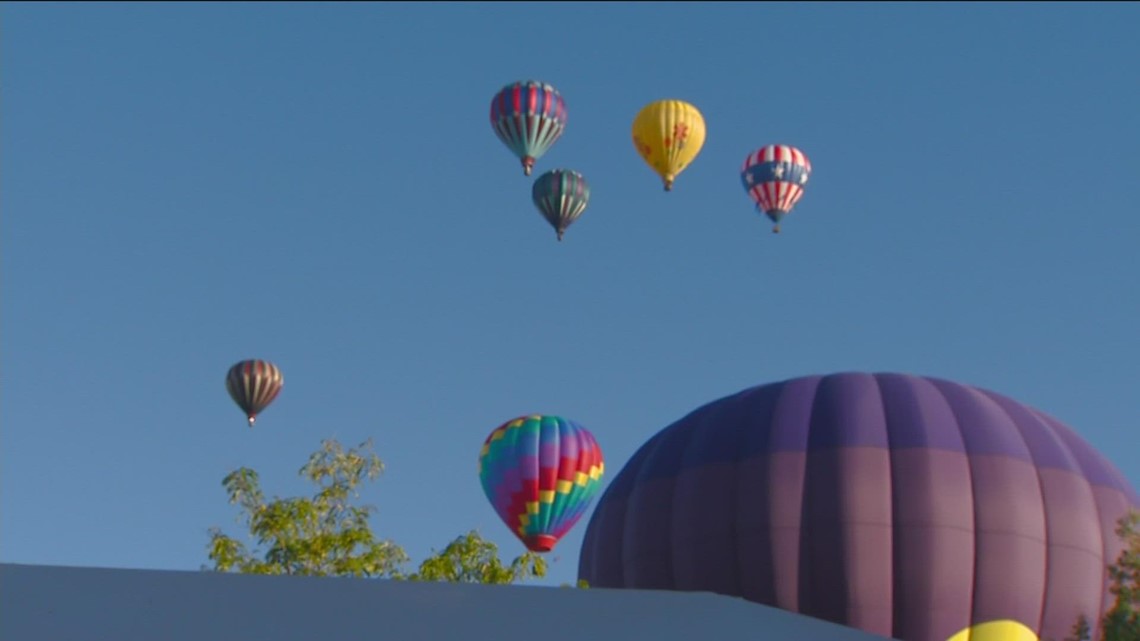 The event will honor longtime KTVB meteorologist Larry Gebert, who was heavily involved with the Balloon Classic, broadcasting from it every year.

The event is free and runs from Friday August 31 to Sunday September 4. All launches are subject to weather conditions, with most taking place between 7:15 a.m. and 9 a.m.

Attendees can look forward to ‘Children’s Day’ on Wednesdays, where children can take a free captive ride in a balloon, the ‘Night Glow Spectacular’ where the balloons will be illuminated by moonlight, and the ‘Dawn Patrol “, an early morning plane trip.

The event will also host a tribute to longtime KTVB meteorologist Larry Gebert, who passed away in April.

Gebert was heavily involved with the Balloon Classic, broadcasting from it every year. The event will honor him with a speech before a single ball is launched. The balloon will carry three flags that will flutter in the wind.

“He touched us here at the Balloon Classic just because of who he was and what he did,” said Laurie Spencer, producer of the Spirit of Boise Balloon Classic. “He greeted everyone with a smile, everyone was a friend and he gave so much to the community. If you look at his calendar, every day was filled with stuff and we were blessed to be able to have a very small part of him for so many years.

Fifty balloons will be launched during the week, including specially shaped balloons depicting a sloth, a tiger and a rocket.

The event has been a Boise staple since 1999, when it was held at the Boise River Festival. In 2010, the event became the Spirit of Boise Balloon Classic.

“We help create memories for these people. It’s one of the things I love the most,” Spencer said.

Even if you don’t attend the event, you can still spot balloons hovering in the sky above downtown Boise.

“As you go to work in the morning, you might see these balloons light up,” Spencer said. “They’re going to look like 75-foot-tall Chinese lanterns floating in the sky and it’s amazing.”

Watch more stories and tributes about Larry in our YouTube Playlist:

KTVB is now on Roku and Amazon Fire TVs. Download the apps today for live newscasts and video on demand.

Download the KTVB mobile app to get the latest news, weather and important stories at your fingertips.

Subscribe to the Daily 7 newsletter: Your predictions. Your journey. Your news.