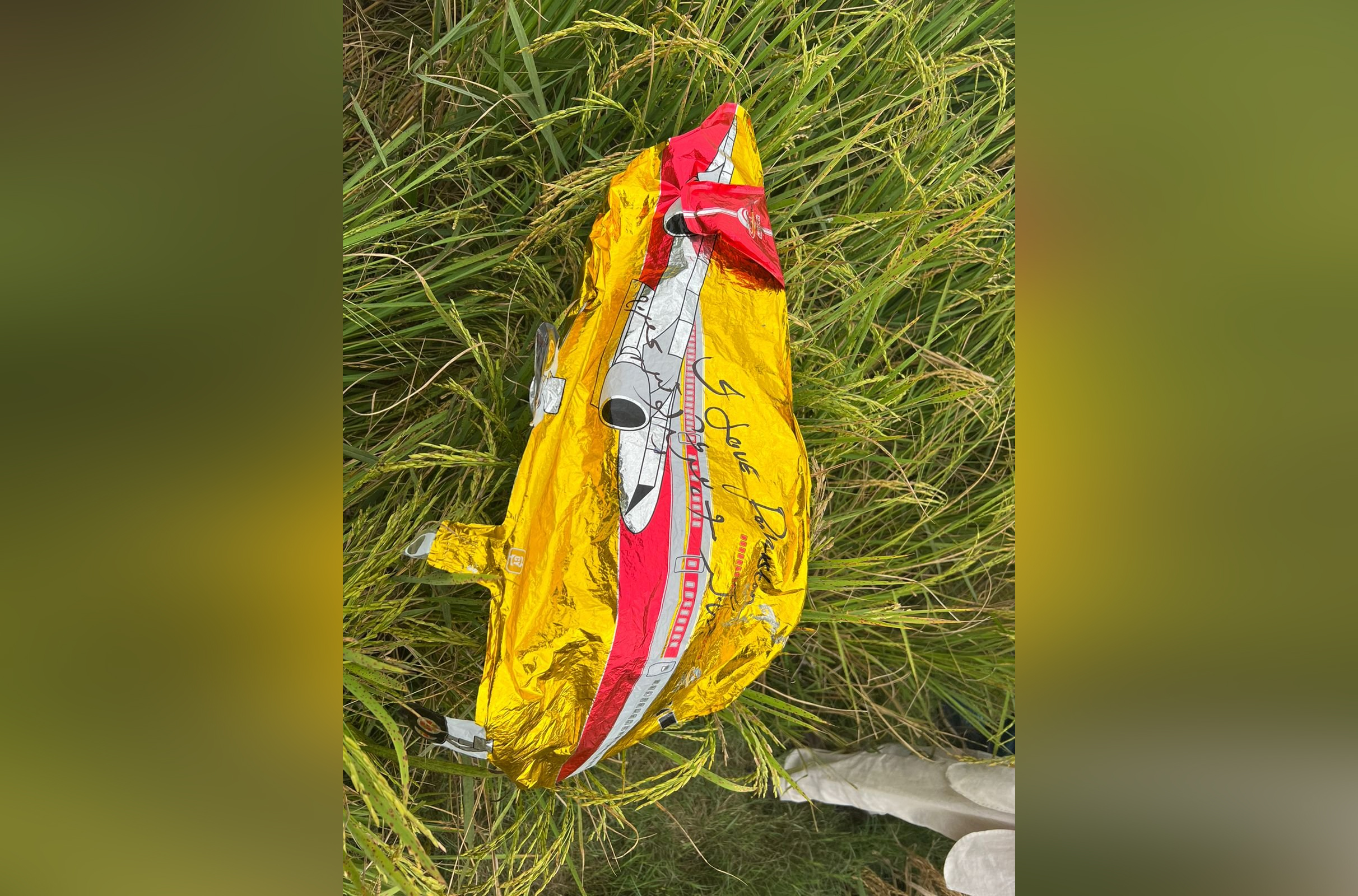 JAMMU, Oct 8: A suspicious airplane-shaped balloon with the message “I love Pakistan” inscribed on it was seized by police in Jammu and Kashmir on Saturday morning. It was recovered from Kathua district in Jammu and Kashmir along the international border.
According to sources, the balloon, which was yellow in color, bore the inscription “I love Pakistan” in English and Urdu.
Notably, the ball was turned over to police officials for further investigation. According to sources, the balloon was seized near Cham Bagh area in Kathua district at the international borders of Pakistan.
Meanwhile, during subsequent searches by the Jammu and Kashmir Police in the nearby region, nothing suspicious was found.
An investigation has been opened by the police to determine if this is wrongdoing by some residents who are trying to spread panic in the area or if it comes from across the borders. It should be noted that there have been several similar incidents in the past. The police took notice and investigated. (Agencies)