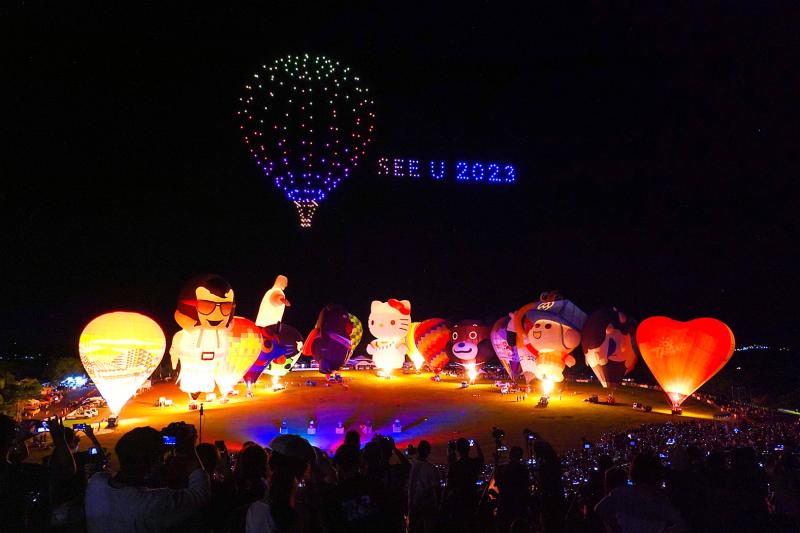 The festival was held in the county’s Luye Highland.

It featured 20 foreign hot air balloons that appeared in Taiwan for the first time, including two in the shape of Japanese mascots Yakultman and Kumanon, and one American in the shape of Elvis Presley, the event organizer said.

Separately, an international skydiving event started yesterday in Luye Highland and will continue until Wednesday next week, the county government of Taitung said.

The event will include jumps from 10 professional skydivers from Taiwan, Russia and Ukraine, he said.

Three jumps would be made each day – morning, noon and afternoon – the county said.

Comments will be moderated. Keep comments relevant to the article. Remarks containing abusive and obscene language, personal attacks of any kind or promotion will be removed and the user banned. The final decision will be at the discretion of the Taipei Times.