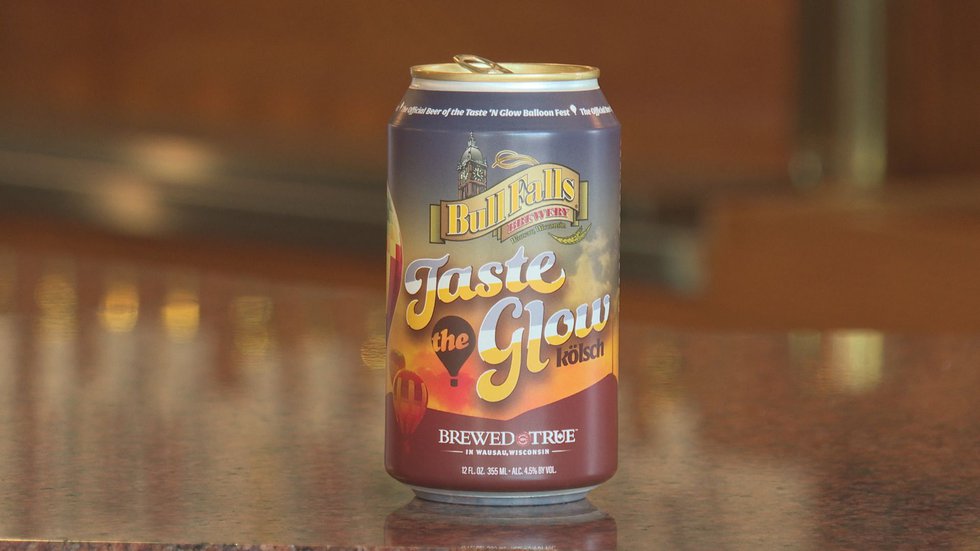 WAUSAU, Wis. (WSAW) – Taste N Glow Balloon Fest has its own namesake beer from Bull Falls Brewery. Like many aspects of the event, the beer will help fund a charitable cause.

The Taste N Glow Balloon Fest helps a number of charities in Wisconsin, which this year includes supporting veterans in the state.

“Along with the beer, for every can sold on the field, a portion of the proceeds goes to Camp American Legion Lake Tomahawk,” said Steve Woller, event organizer and ball master.

Bull Falls owner and brewmaster Michael Zamzow is a strong supporter of veterans’ causes. The brewery raised over $100,000 for honor flights.

“It’s great to be able to partner with Steve and Nancy here for their event which also funds veterans’ causes in the North,” said Zamzow.

Zamzow said they wanted to create a beer that matched the season and the event, so they opted for a German-style Kolsch, but stuck to keeping things local.

“So we’re using German hop strains that were brought here, and they’re grown in Rosholt that went into this beer,” Zamzow said.

Taste N Glow beer will be available at the brewery bar on July 5 and sold in the hot air balloon festival beer tent from July 8-10. They plan to market it in restaurants and pubs after the festival.