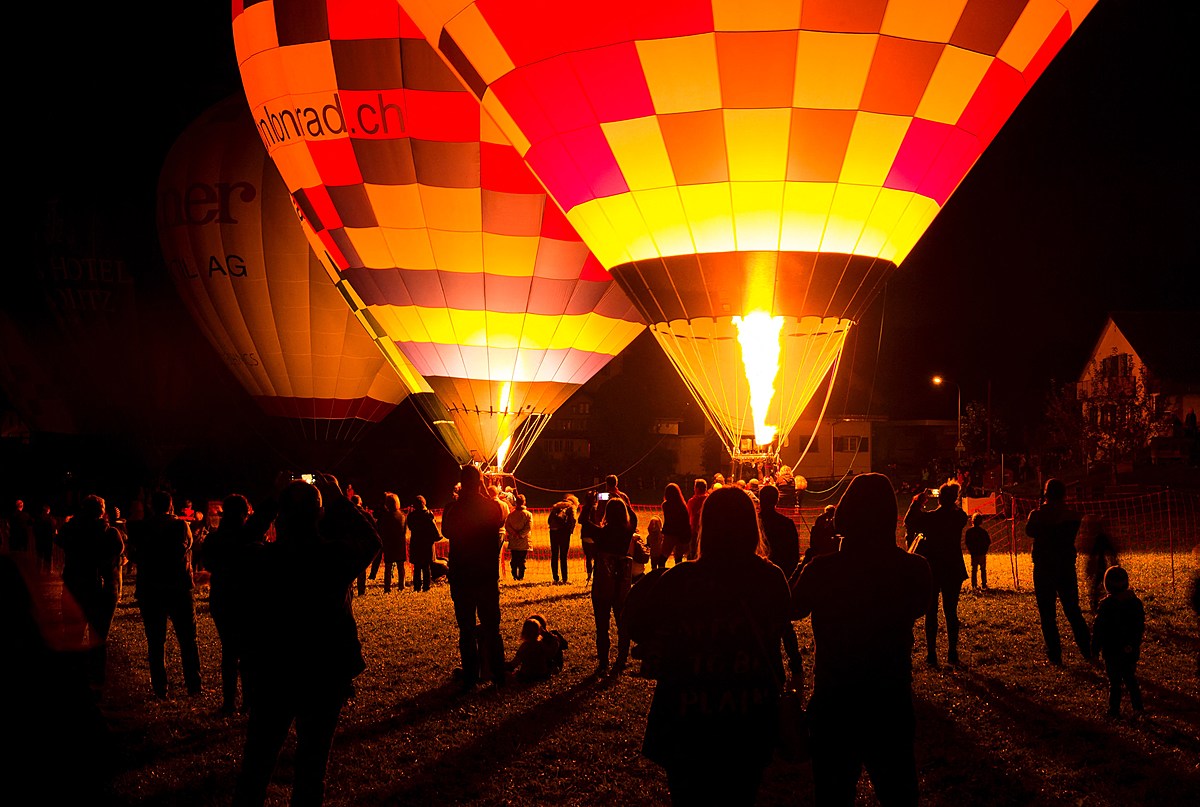 The Eastern Iowa Balloon Glow event is rescheduled this Saturday

When it comes to hot air balloons, the weather is everything. Unfortunately, the weather on the initial date of farmhouse glow at Mount Vernon was not ideal. But luckily for balloon glow fans, the weather this weekend looks incredible!

Farm Glow at Bass Farms in Mount Vernon originally took place on September 24. And while many people attended the festivities, the weather that evening did not allow the hot air balloons to go out. But the event set a rain date for a reason. That date is this Saturday, October 1 from 5-9 p.m. The Farm Glow Facebook page posted an update yesterday for anyone interested in attending the event this weekend.

The post office thanked those present and also apologized for the parking situation. Apparently turnout was so high on September 24 that the cars eventually had to be turned away. There was simply no more room for people to park. Organizers say they are working on the parking issue and hope to have room this weekend for anyone who wants to attend.

The organizers also talked about who makes the decision whether or not to inflate the hot air balloons. Even though the weather forecast for Saturday looks good, if the winds are too strong the balloons won’t be able to shine. The hot air balloons span nearly seven stories, and just because the wind on the ground seems okay doesn’t mean it’s a little taller. They went on to state that Bass Farms does not make the decision whether or not to inflate the balloons. This decision is 100% the call of the balloon company.

If you plan to attend the rain date for farmhouse glow, arrive early! You can also reuse your original tickets as no more online tickets will be sold. For safety reasons, the cart rides will stop at 5:00 p.m. Weather permitting, the balloons will begin to glow between 7:00 p.m. and 7:30 p.m. Saturday night!

Balloon Glow 2022 was a huge success for the Cedar Rapids Freedom Festival! Here are some photos from this year’s event!

The ABC of Iowa

I know Iowa might not be the most popular state to visit, but we still have a lot to offer! Using countless articles, websites, lists, and maps, we’ve compiled a list of some of Iowa’s best and biggest events, places, and attractions using each letter of the alphabet (which doesn’t was not easy)! Unfortunately, we couldn’t include ALL of the awesome places in the state (not enough letters!), but here are our Iowa ABCs: