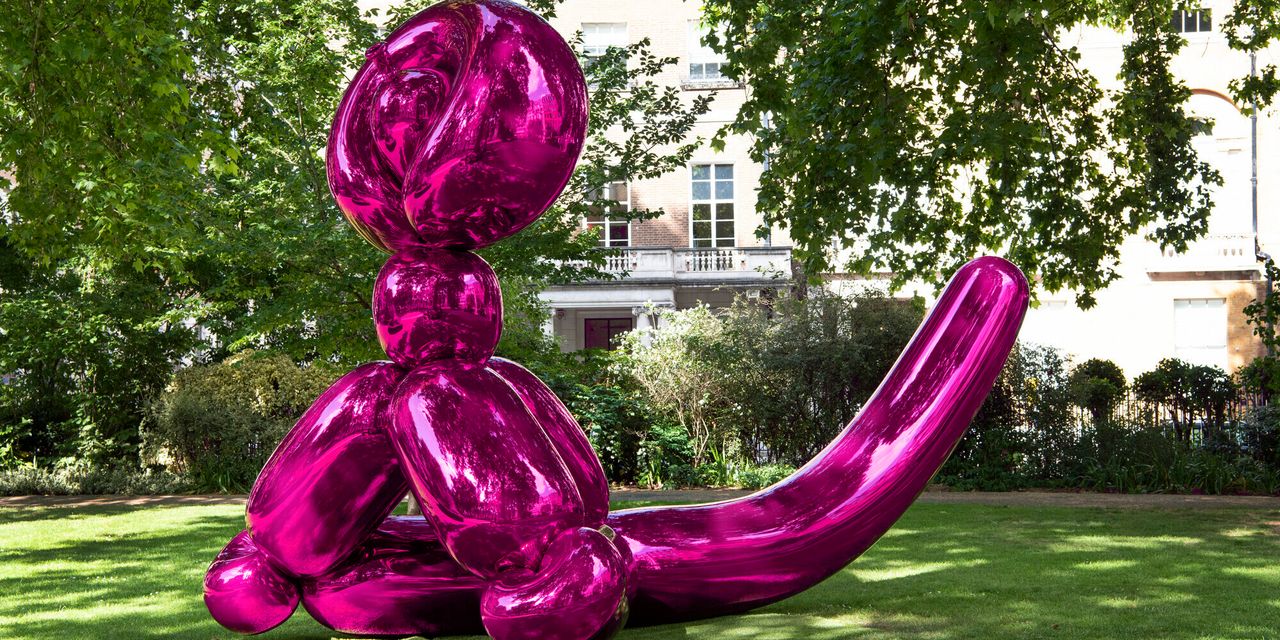 
Sculpture by Jeff Koons Balloon Monkey (Magenta)donated by Victor and Olena Pinchuk to raise funds for humanitarian efforts in Ukraine, sold for £10.1 million ($12.4 million) on Tuesday at Christie’s London.

At the same auction, ’20th/21st Century: London Evening Sale’, two paintings by French artist Claude Monet fetched over £30 million each, another sign of a strong market for Impressionist works and for Monet, founder of the movement.

Koon’ Balloon Monkey (Magenta), created in 2006-13, is the largest and final piece in the artist’s famous series of balloon animals. Measuring 150 by 126 by 235 inches, the mirror-polished stainless steel sculpture is on display until July 3 in St James’s Square, next to Christie’s London headquarters.

Prior to the sale, Christie’s estimated the sculpture could fetch between £6 million and £10 million. The auction house has already sold another Koons sculpture from the same balloon series, Monkey Balloon (Orange)for nearly US$26 million in November 2014.

“The balloon animal reminds us that the ordinary course of life and its simple pleasures are absent from the lives of those who experience war,” said Katharine Arnold, Head of Post-War and Contemporary Art at Christie’s. Europe, in a press release.

Victor Pinchuk, 61, is a Ukrainian billionaire businessman who also served two terms in parliament from 1998 to 2006. Olena Pinchuk, 51, is a philanthropist and the daughter of former Ukrainian President Leonid Kuchma.

“Every Ukrainian civilian killed or injured by Russian shelling, shooting and systematic violence means a wound in our souls. With the proceeds from the auction, we can help save lives,” Victor Pinchuk said when announcing the bid.

by Monet Water lilies, gray weather, created in 1907, is from the artist’s most famous series of water lilies and is one of 15 paintings by Monet in vertical format. It carried a pre-sale estimate of between £20m and £30m.

Monet’s second painting proposed, Waterloo Bridge, fog effect1904, has been in the same family collection since it was acquired by Arde Bulova, former chairman of the Bulova Watch Company in 1951. Its value was estimated at £22-32 million.

by Klein Blue Age Anthropometry, (ANT 124), 1960, made £27.2 million, exceeding what Christie’s had appraised. Meanwhile, the surrealist work of Magritte, Travel souvenir, was a bigger surprise, reaching £16.1m against a high presale estimate of £7m.