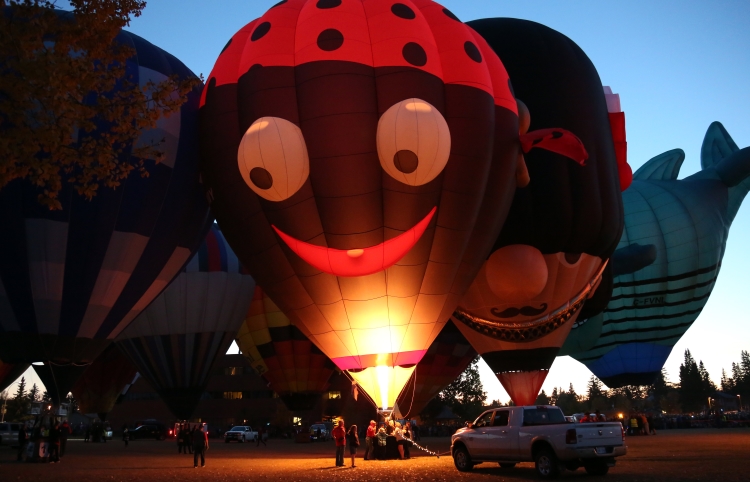 Just over a month until these colorful hot air balloons take off over High River.

The Heritage Inn International Balloon Festival is ready to kick off, but organizer Jamie Kinghorn says there will be a change this year with the Balloon Glow.

“The really big news right now is that we’ve pretty much finalized things with emergency services and city planning and we’re going to be moving the glow from the Macleod Trail site where we’re flying from and moving it to the west side of the Wallaceville area to that big open field there.”

“We’re expanding the area to make more room for balloons, more room for the public and more food trucks, all that kind of stuff, so we’re really excited about this move,” he says.

Center Street will be closed for about four hours from the bridge to the Tim Horton’s intersection, but shuttles will take spectators in and out of the area while residents can enter.

There are 25 drivers registered for this year’s event and a few more have asked to be put on the waitlist.

They come from all over Canada, the United States and Peter Van Overwaal from Belgium will be back at the controls of the Princess Nellie balloon.

Kinghorn and his Eye of Ra balloon have been busy lately.

“There are two events I usually go to, one in Riverton Wyoming which is a really good event, it’s been going on for over 40 years now, and then on the way back I did the Billings (Montana) event. which was the weekend after. This event is pushing 35 so it’s both long running events so it’s pretty fun to come down and talk with other organizers about how their events are going and share ideas and concepts on what we can do at High River to make our event a little bit better.”

This is High River’s tenth event, but technically not its tenth anniversary.