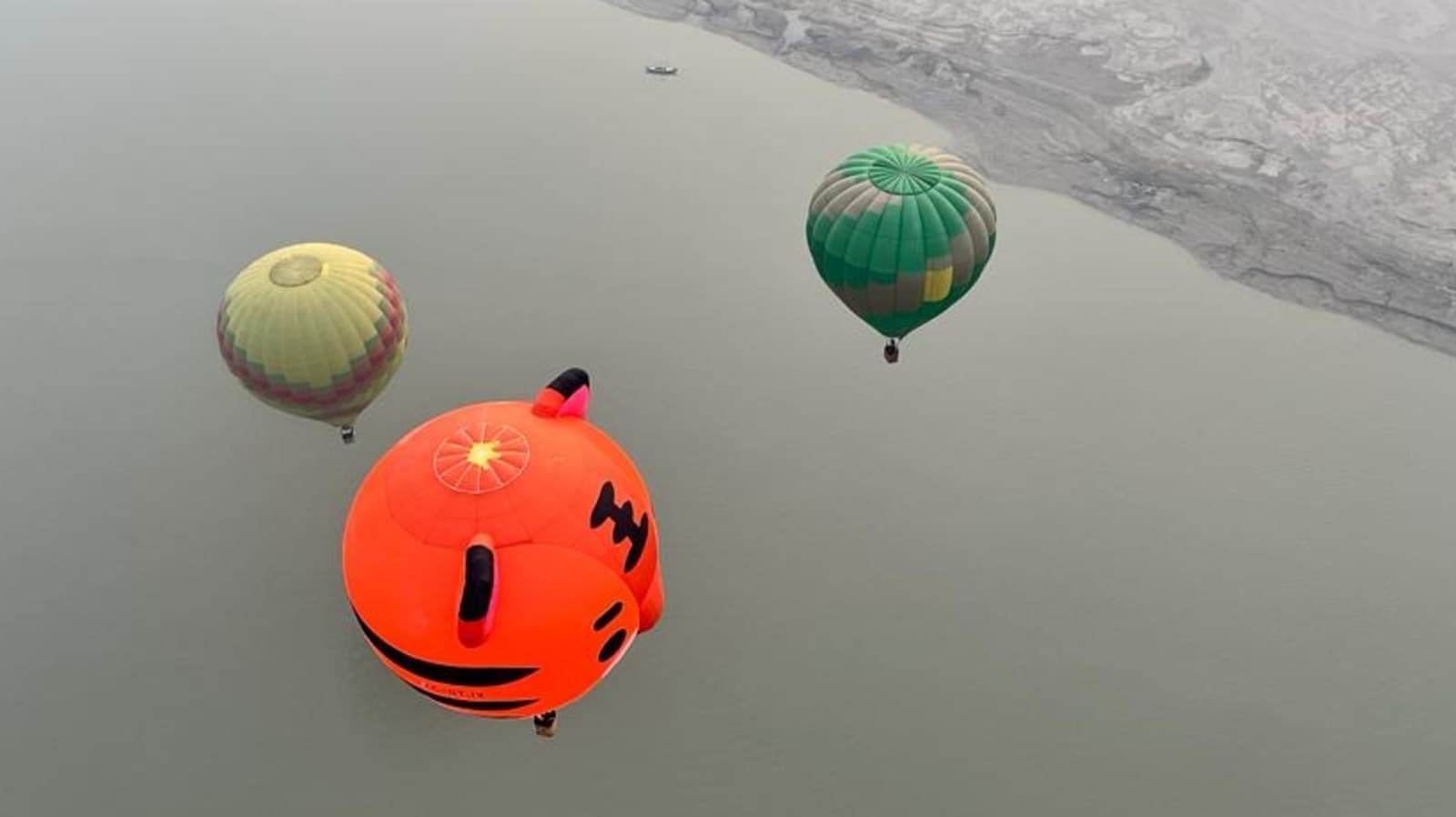 With a sky full of colors, the hot air balloon festival kicks off today in Varanasi | In pictures | Latest India News

The three-day festival was organized to promote tourism in Varanasi. At a height of 1,000 feet, people taking the ride can get an aerial view of the city on the banks of the Ganges.

The skies were filled with color in Varanasi, Uttar Pradesh, on Wednesday as dozens of people took to the hot air balloon ride at a height of 1,000ft to get stunning views of the city on the banks of the Ganges . The hot air balloon event in Kashi takes place from November 17 to 19 at the riverside near Domri raj ghat.

A total of eight pilots, including seven foreigners, were called in to pilot the balloons. About five to eight people can fly in a hot air balloon for 45 minutes and experience a panoramic aerial view of Varanasi.

“Eleven hot air balloons will be part of the event. It is a promotional event. Efforts are underway to make it a regular occurrence in Kashi,” Varanasi District Commissioner Deepak Agrawal told the news agency. PTI.

The festival was first held in December 2017 as a 10-day event to explore the scope of adventure tourism in Varanasi and make it a permanent adventure to attract tourists to the city.

Successfully subscribed to the newsletter

Thank you for subscribing to our Daily news capsule newsletter.