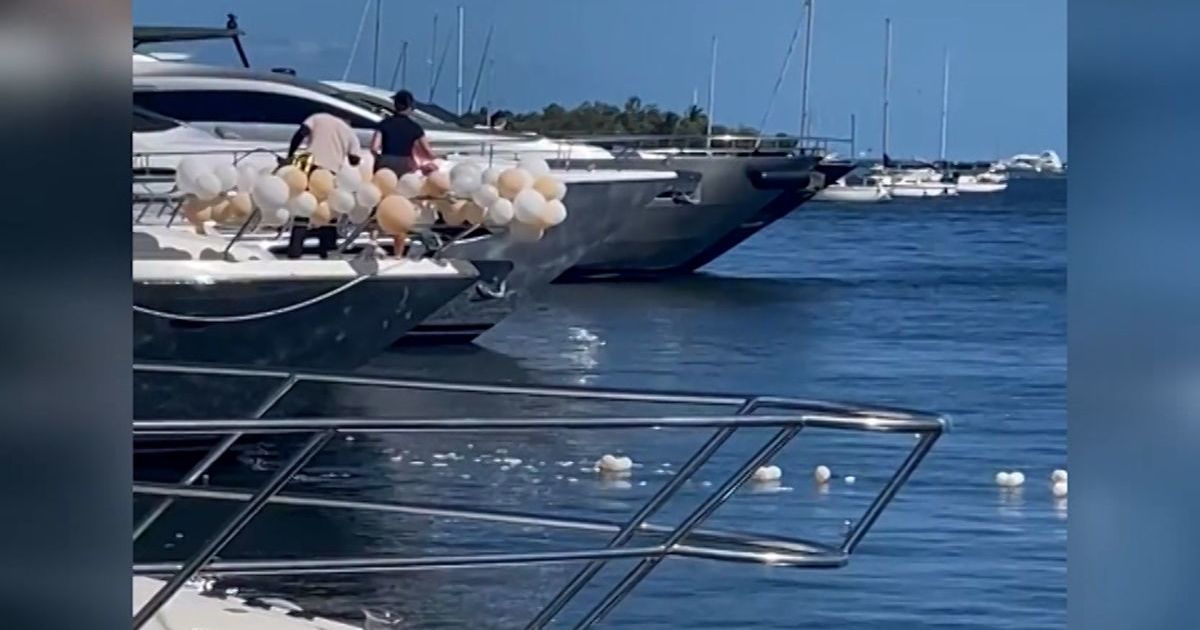 Intentional mass balloon releases and bursts have been the target of warnings from environmental groups, cities and states with new laws banning the activity to reduce the risk of wildlife being harmed by the litter .

For two people in Florida, the balloons led to arrests for willful/reckless disregard for the environment while 10 people and businesses were fined $25,000.

On May 10, the Miami Herald writing, yacht broker Esteban Bruna was moving a client’s vessel to a marina in Biscayne Bay. He saw a group including David S. Torres-Bocanegra, Martina Gaspoz and others pop 50 balloons on the bow of another yacht, allowing the debris to fall into the water and fly away.

Bruna took a video and posted it on social mediawhere he caught the attention of local authorities.

The balloons were apparently part of a marriage proposal. Miami-Dade police have fined event organizers, yacht maintenance and rental companies, and individuals.

“As a community, we share a responsibility to protect our environment,” Miami-Dade Acting Police Superintendent George A. Perez said in a news release. “Our coastal waterways are the natural beauty of our county, and our marine life depends on us to keep them safe.”